Clinical depression, or major depressive disorder, is a very severe mental health condition. It is not the same everyday reaction that people have when they often say, “I’m depressed.” (Learn More – What Is Depression?)

Acupuncture is often viewed as a holistic, or natural, treatment. Many sources tout its effectiveness in treating various conditions and diseases, including depression. (Learn More – Acupuncture)

The final verdict for many natural remedies is that their effectiveness is poorly supported by research, or they may be potentially dangerous in some situations. That being said, some natural remedies for depression do show promise. They simply should not be used as a substitute for traditional treatment. (Learn More – What’s the Bottom Line?)

When discussing treatments for depression, the focus is generally on major depressive disorder (MDD). This diagnosis is made by a mental health clinician.

Major depressive disorder differs from the everyday ups and downs, or episodes of sadness, that are part of life. MDD has specific symptoms and a set minimum duration. It significantly interferes with a person’s ability to function normally or causes them significant emotional distress or impairment.

Other types of depressive disorders include cyclothymic disorder, which is a more chronic and less intense manifestation of depression.

Depressive symptoms are part of nearly every major mental health disorder found in the Diagnostic and Statistical Manual of Mental Disorders – Fifth Edition, published by the American Psychiatric Association (APA). The type of depression that requires formal treatment is a severe psychological manifestation of mood impairment, although it often waxes and wanes in its severity.

Natural treatments or remedies typically fall under the heading of complementary and alternative interventions. These interventions are designed to complement more mainstream and standard forms of treatment, like medication and therapy. They are not designed to be used as primary treatment approaches.

Many of the natural treatments for depression have very limited, or even poor, research to back their use. Even in 2022, it is not uncommon for a study to state that more research is required to determine whether or not a natural intervention is effective for a certain type of mental health problem.

St. John’s wort is a plant that can be found in Europe, western parts of Asia, and the northern area of the African continent. Europeans commonly use the herb to treat depression.

There is some research that suggests it may increase serotonin in the brain, which is also what some of the more commonly prescribed antidepressant medications do. According to the National Institutes of Health, the use of St. John’s wort may be effective for mild forms of depression – however, the research has produced mixed results.

For instance, in 2008, the prestigious Cochrane Review looked at the results of nearly 30 studies and determined that St. John’s wort was as effective for treating mild clinical depression as some antidepressant medications. But NIH produced two controlled research studies that found it to be no more effective than a placebo.

St. John’s wort is not approved by the Food and Drug Administration (FDA) to treat depression. It may interact negatively with many other medications, particularly birth control medications, blood thinners, HIV medications, and medications used for chemotherapy. Always talk to your doctor before using St. John’s wort.

Omega-3 fatty acids are commonly referred to as fish oil. They are found in cold-water fish as well as other foods, like flaxseed and walnuts. 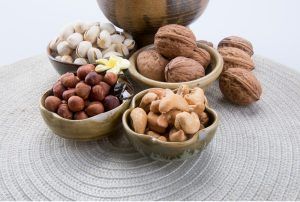 These are “healthy” fats that are purported to have some medicinal benefits. They are being studied as a possible treatment for depression, particularly for the depression that occurs in people who are diagnosed with bipolar disorder. They are generally considered to be safe in most cases, but if taken in high doses, they may interact with some medications.

Research has suggested that people who have low levels of two substances found in fish oil supplements may have an increased risk to develop depression, but this finding is not considered to be a cause-and-effect conclusion.

As an alternative to taking omega-3 fatty acid supplements (fish oil supplements), you could increase the amount of fish you eat.

Taking high doses of omega-3 fatty acids is not likely to cure depression, but it may help reduce feelings of depression in some people. More research needs to be done.

Folic acid is a B vitamin, and the synthetic form of the vitamin is folate. There may be a link between low levels of folic acid in some people’s systems and an increased risk for depression, according to some research studies. Eating foods rich in folic acid like lentils, beans, sunflower seeds, dark leafy greens, and avocados may enhance the effectiveness of antidepressant medications.

Zinc is a mineral you should take in very low doses. Some older research studies have suggested that low levels of zinc in the blood may be associated with depression. According to an article in the Alternative Medicine Review (AMR), taking a 25 mg zinc supplement daily could reduce depressive symptoms in some people.

Zinc supplementation can also increase the effectiveness of omega-3 fatty acids in the body.

Saffron is a spice that is derived from a flower. There is at least one study reported in AMR that suggests ingesting the end of the stem of the saffron flower may be effective in treating mild depression. However, far more research needs to be done to determine if it is actually effective.

S-adenosylmethionine, or SAM-e, is a naturally occurring chemical present in your cells. It is essential for the 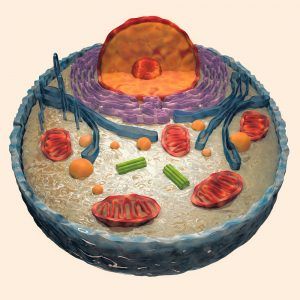 functioning of more than 100 different metabolic processes. The substance is touted as a treatment for many different conditions, including osteoarthritis and dementia.

5-hydroxytryptophan (5-HTP) is a substance that can increase the amount of serotonin in your body. It has been lauded as a treatment for depression, however, its use can also bring on a serious neurological condition known as serotonin syndrome, which occurs when there is too much serotonin in your system.

The condition can be fatal.

Anyone taking any antidepressant medication should not use 5-HTP. Do not use this supplement in high amounts.

Dehydroepiandrosterone (DHEA) is a hormone produced in your adrenal glands that helps produce other hormones like estrogen and testosterone. DHEA levels peak in early adulthood and then begin to decline as you get older.

Research demonstrating its utility as a depression treatment is scant. The available studies are not very reliable.

Using this supplement in high amounts could produce steroid-like side effects and increase your risk for cancer, so the FDA suggests that this substance not be taken.

Although acupuncture is not technically a natural remedy, it is a complementary and alternative intervention that has quite a bit of anecdotal support for its use in addressing various conditions.

Cochrane Review investigated the existing research regarding the effectiveness of acupuncture to treat clinical depression (major depressive disorder). The results were published in 2018 and included 64 trials. Not surprisingly, the results were inconclusive because most of the studies that were contained in the review had numerous methodological problems. The results could not be considered to be reliable. These studies were of the best quality of all the research studies evaluated.

Although many people claim to enjoy positive effects from the use of acupuncture, some research studies suggest that these anecdotal endorsements are most likely due to the placebo effect. Placing the needles anywhere (a procedure known as sham acupuncture) is often as effective as placing them in the specific meridians or points that are supposed to be used by acupuncturists to treat a specific condition.

In the final analysis, it appears that some natural treatments for depression may have promise, such as folate.

Overall, the research evidence that supports the use of most of these treatments is either unreliable, inconclusive, or scarce.

Many of these so-called natural substances are not considered medications and are not regulated by government authorities like the FDA. When you buy them, you may not be getting what you paid for.

Before you attempt to use any natural treatment for your depression, discuss the situation with a mental health care provider or your physician. Natural remedies should not be used as a substitute for traditional medical care.

St. John’s Wort and Depression: In Depth. (January 2018). The National Center for Complementary and Integrative Health.

Herbal Medicines, Other Than St. John’s Wort, in the Treatment of Depression: A Systematic Review. (March 2011). Alternative Medicine Review.