Epilepsy is caused by the excess firing of brain cells, and the condition can trigger repeated seizures. (Learn More: Overview of Epilepsy)

Symptoms can vary depending on the person. (Learn More: Epilepsy Symptoms)

The disorder has various causes. There are currently a number of ways to treat it, including medication and surgery. (Learn More: Epilepsy Treatments)

With proper care, epilepsy can be successfully managed, and you can improve your quality of life. (Learn More: Overall Prognosis)

Epilepsy is known for causing seizures. It is a disease of the central nervous system. When activity in the brain becomes excessive, it can bring on abnormal reactions, such as seizures, atypical behaviors, and changes in focus, perception, and awareness.

Epilepsy affects women and men, people of all age groups, and people of all ethnicities. Approximately 3.4 million people in the United States have epilepsy.

Children who are affected by epilepsy can sometimes grow out of it as they get older.

Symptoms of epilepsy vary depending on the person. Having a single seizure does not mean you have epilepsy. A diagnosis can be made after you have had at least two seizures.

Abnormal firing of brain neurons can affect many parts of the brain, which is why symptoms can manifest in different ways for different people.

Seizures are the most common symptoms, but there are also various types of seizures. Each type can cause different reactions.

Seizures can have many causes. Some people can identify things that trigger their seizures by keeping a journal. Well-known triggers are:

Scientists have also identified genes linked to epilepsy and seizures. Other common causes and triggers include:

Once you suspect you may have epilepsy, a doctor or specialist will work to rule out conditions like panic attacks, fainting, or migraines. Often, epilepsy cannot be properly diagnosed unless you have had two or more seizures.

Your doctor will ask questions about how felt during the seizure, what you were doing, and how you felt after it occurred. Tests can be conducted as well, such as:

Certain treatments can manage epilepsy and allow you to live a productive life. Options include: 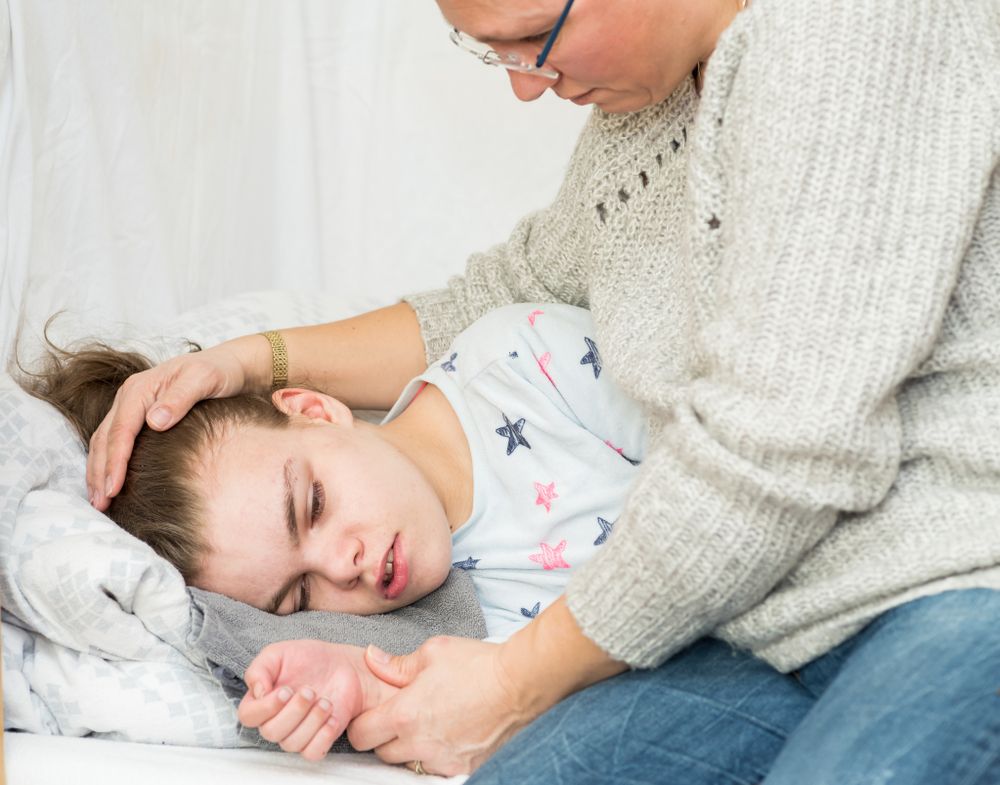 Children who take medication for epilepsy may not experience seizures at all. Children should continue using medication until their doctor says they can stop. If your doctor chooses to stop prescribing medication for your child, they will supervise them and provide guidance throughout the process.

Though no cure exists for epilepsy, people with the disorder can expect to successfully manage the condition by taking their medication, possibly switching to a ketogenic diet, and following other recommendations from their physician.

Epilepsy is a disorder affecting the brain. Excess stimulation causes abnormal brain activity and seizures. Different effects may be experienced depending on the part of the brain that is affected.

Symptoms of seizures include twitching, jerking of the arms or other limbs, loss of muscle control, loss of consciousness, and blank staring.

Is there a cure for epilepsy?

No cure for epilepsy exists, but various treatments can control it to varying degrees.

What kinds of treatments are available?

Treatments for epilepsy include a device called a vagus nerve stimulator, surgery, adopting the ketogenic diet, and medication. Common medications include levetiracetam, topiramate, zonisamide, phenytoin, and pregabalin. These medications are effective, but they may have side effects.

Everything You Need to Know About Epilepsy. (January 2017). Healthline.

The Ketogenic Diet: Uses in Epilepsy and Other Neurologic Illnesses. (July 2010). Current Treatment Options in Neurology.