Many mental health disorders can be treated with prescription drugs. It’s always important to understand why you are being prescribed a drug and what alternatives or supplementary treatments are available. (Learn More)

Bipolar disorder, which used to be called manic depression, is treated with a variety of drugs depending on a patient’s symptoms. Mood stabilizers and antipsychotics are primarily what are used, and sometimes antidepressants are also used if the patient would benefit. Antidepressants can trigger a manic episode, so they are almost always combined with mood stabilizers or antipsychotics. (Learn More)

Schizophrenia — characterized by delusions, hallucinations, and disordered thinking — can be treated with antipsychotics. The first generation of antipsychotic used to treat this serious illness were harsh in their side effects. Second-generation medications are significantly safer. (Learn More)

Borderline personality disorder (BPD) is a serious mental health issue where a person struggles with feelings of abandonment and loneliness. While it cannot be treated with medications, it can be treated with psychotherapy. (Learn More)

Depression can be treated with SSRIs or SNRIs, two types of antidepressants. If these prove ineffective, there are other antidepressants that can be used. These alternatives come with more risks and side effects, but they still have a place in some treatment regimens. (Learn More)

While sometimes confused for depression, anxiety is treated slightly differently. An anxiety disorder (which is not the same as a person having occasional anxiety) can be treated with antidepressants, not unlike depression. Other drugs, like buspirone or even benzodiazepines, are sometimes used instead. (Learn More)

Whatever mental health condition you are dealing with, familiarize yourself with your medications. Your doctor can help you understand any dangers and benefits of a particular prescription, as well as available alternatives.

Every prescription medication carries some risks, and these drugs should only be taken as needed. Many people seriously benefit from taking medications to help with their mental health issues.

Medication is usually not enough on its own. It should be combined with therapy and lifestyle changes for best results. (Learn More)

Mental health is a complex and often misunderstood topic. A mental health disorder needs to be carefully examined just like any other medical disorder. A professional should review all available medications options with a patient and prescribe whichever is determined to be best.

Generally, lifestyle changes and therapy are part of the treatment plan for most mental health disorders. Depending on the disorder, prescription drugs may be needed. 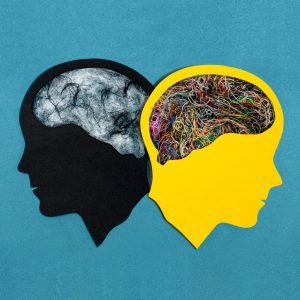 Bipolar disorder, formerly called manic depression, comes in two forms: bipolar I and bipolar II. While unique enough in their own traits to warrant the distinction, they both are treated similarly. Both are lifelong disorders characterized by major mood swings and, occasionally, hallucinations and delusions.

Depending on the presenting symptoms, some combination of therapy and medication is generally used. Commonly prescribed medications for bipolar disorder are:

Schizophrenia is a serious lifelong mental illness that is characterized by hallucinations, delusions, and extremely disordered thinking and behavior.

Despite the common stereotype, the vast majority of people with schizophrenia are not dangerous to others.

Medication is essential to controlling the symptoms of schizophrenia. While the first generation of antipsychotics that was developed had significant drawbacks, more recent second-generation medications — including Abilify, Saphris, and Rexulti — are safer. These medications are not without side effects, but they are a significant improvement over the previous generation.

Borderline personality disorder (BPD) is characterized by a strong fear of abandonment or uncertainty. This can lead to difficulty being alone.

A person with the disorder may have bouts of severe anxiety or anger in situations that ordinarily would seem like minor problems, if problems at all. This unfortunately can have the added detriment of pushing loved ones away, feeding into the person’s fears.

No drugs have been approved by the FDA to treat BPD, although some may be used to treat connected symptoms, like severe anxiety. The disorder is primarily treated with therapy, to help the person overcome their fears and intense reactions to being alone. Therapy focuses on building healthy, strong relationships with others to form a support network. 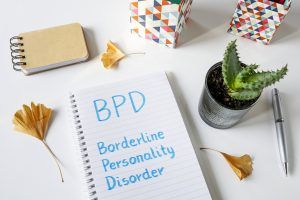 There are many types of depression, and therapy is usually a good place to start treatment. Oftentimes, medication is used to help with symptoms and improve overall quality of life.

As their name implies, antidepressants can be used to treat depression. While a number of older antidepressants with more serious side effects are sometimes used (generally when safer medications prove ineffective), most doctors will start by prescribing one of the following:

If you are wondering if SNRIs (or any other drug) may be a good fit for you, talk with your doctor. A doctor’s reason for prescribing a certain drug is usually not arbitrary. It is often based on your particular needs, medications that have or have not worked for you in the past, and the doctor’s own knowledge.

Occasional bouts of anxiety are normal, such as when an important event is coming up or a difficult situation has occurred recently. However, most people do not feel excessive, ongoing anxiety that interferes with their day-to-day lives. When this happens, talk to your doctor and find out if you have generalized anxiety disorder.

While not appropriate for everyone who deals with any anxiety, serious cases of anxiety can be treated with medication. Options include:

More potent drugs, such as benzodiazepines, are sometimes used to treat anxiety, but this is rare. Therapy and positive lifestyle changes are likely to be recommended to those dealing with serious anxiety.

Whatever your mental health issue, even if it is not on this list, familiarize yourself with what is going into your body.

If prescribed a medication, learn about the drug’s drawbacks, benefits, and alternatives. Your doctor should be able to explain all of this to you.

Give your doctor feedback once you start taking a medication. Oftentimes, there are alternatives that will work similarly if you experience significant side effects from the first choice.

While medication is often essential to treat serious mental health issues, non-medication treatments can be incredibly valuable supplements to your treatment course.

For many of the above disorders, therapy is key. In some cases, therapy can help to reduce symptoms to such a degree that you can take less medication or even none at all.

Keep your expectations realistic. The goal of therapy is to improve your quality of life, not to immediately solve every problem you have.

Are SNRIS More Effective Than SSRIS? A Review of the Current State of the Controversy. (2008). Pharmaceutical Bulletin.