There are several conditions that men are more at risk for developing, in part due to biological factors and in part due to lifestyle, behavioral, or cultural factors. (Learn More). Preventative medicine is important to managing potential chronic illnesses.

Most men in the United States pay less attention to their health than women do. Compared to women, men are more likely to smoke cigarettes, drink more than a moderate amount of alcohol, put off checkups and medical care, including mental health care, and make risky behavioral choices. The Centers for Disease Control and Prevention (CDC) reports that 12 percent of men, ages 18 and older, are in “poor health.”

General health concerns tend to affect men more than women, but there are specific aspects of men’s health that also need attention. Understanding these issues can help men make healthy lifestyle changes, get prescreened for potential problems, and understand how scientific advancements help them stay in better shape and live longer.

Risks to Men’s Health in the United States

While genetic and biological factors change specific factors between men’s and women’s health, there are several lifestyle choices and cultural factors in the U.S. that impact men’s health overall. These include:

The leading causes of mortality among men include unintentional injuries or accidents, heart disease, and cancer. 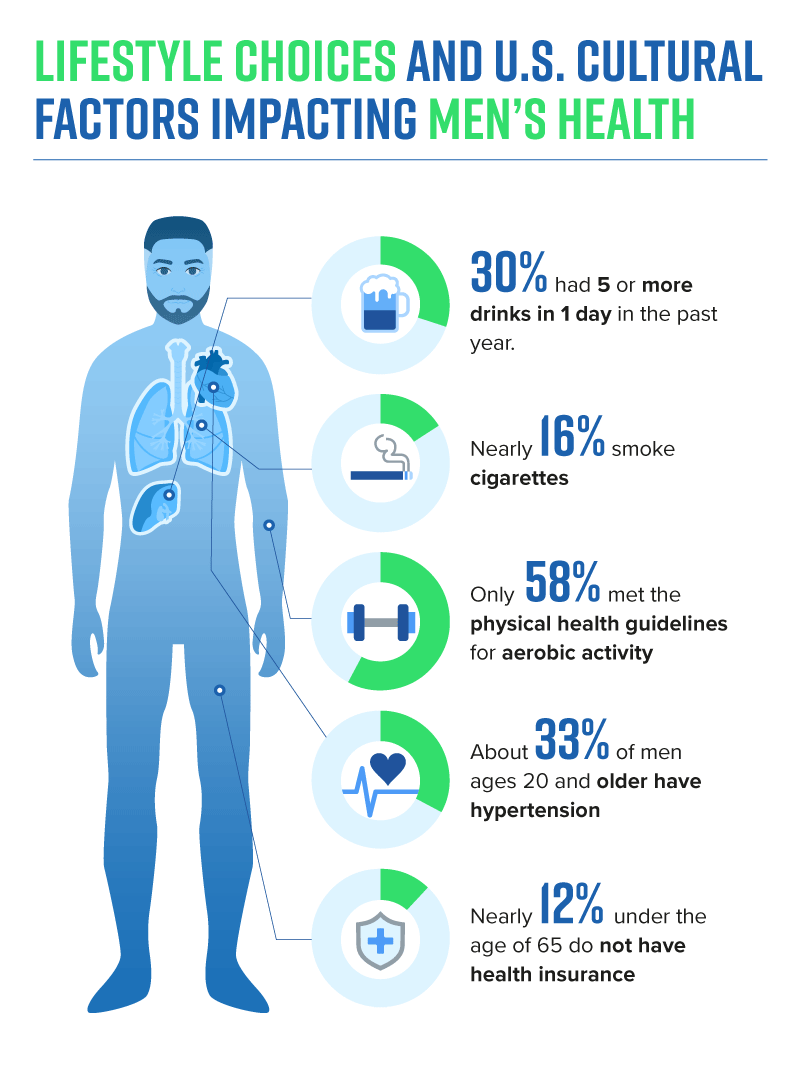 Steps Men Can Take to Manage Their Health

Common Health Problems in Men in the U.S. 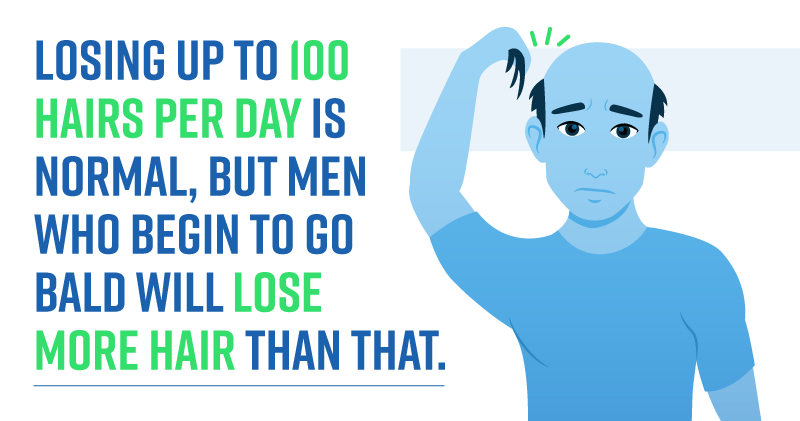 Slow hair loss, starting with thinning around the hairline, top of the head, and around the forehead, is a common condition in men starting as early as their 30s. Hair loss in these areas will not be noticeable except for more skin exposure. Hair loss in large clumps, or shedding in large amounts, is different from regular pattern balding.

For the most part, men experience hair loss as a normal part of aging, and thinning hair does not indicate an underlying health problem. However, if you lose a lot of hair at once, experience rapid hair loss early in life, or have other symptoms along with sudden, rapid thinning of your hair, talk to a doctor about potential underlying issues. 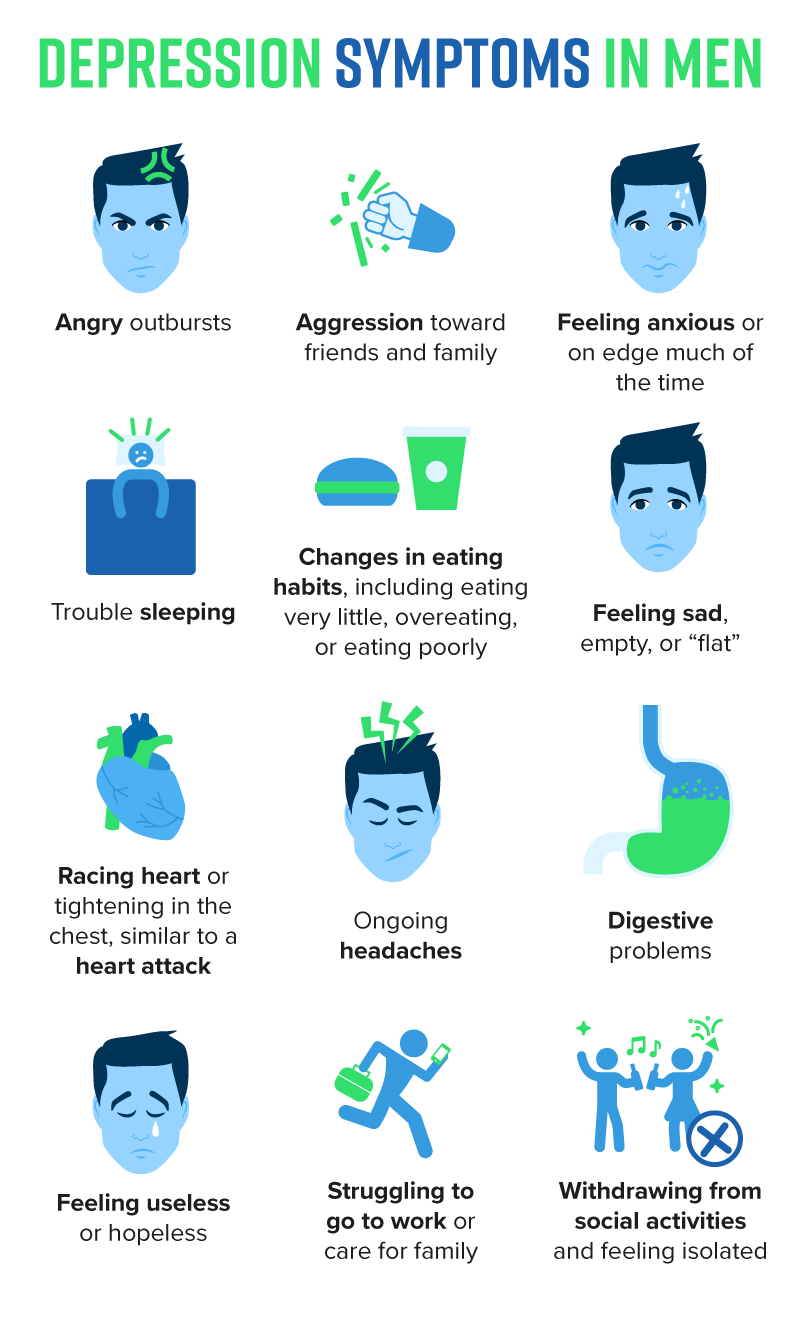 Loss of testosterone over time can cause increased body fat, body hair loss, lowered muscle tone and bulk, mood changes, less energy, smaller testes, and weak bones due to osteoporosis.
There are several potential causes of low testosterone, some of which occur naturally in a man’s life and some of which may be associated with accident or injury. Causes include: 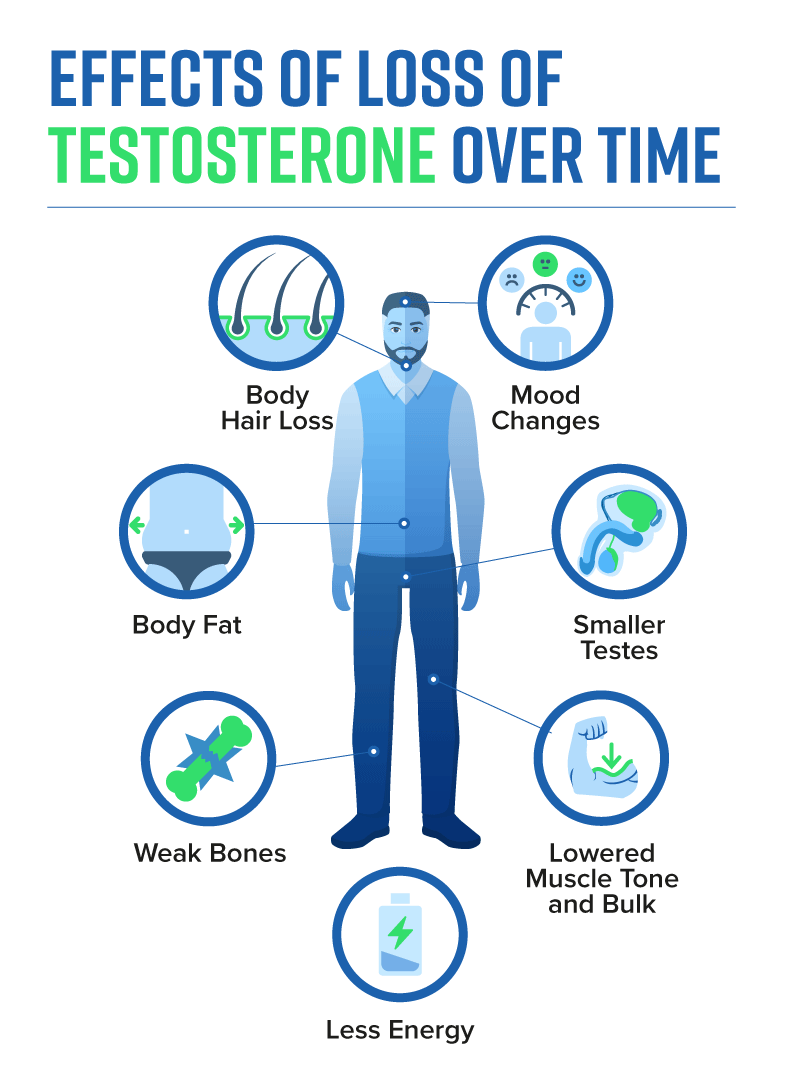 The amount of testosterone produced by the body also naturally reduces with age, so men older than 60 may need to get regular blood tests to maintain their hormonal health and reduce the risk of some cancers.

Low testosterone is diagnosed by a physical exam, particularly of the genital area, along with blood tests. The doctor will also ask questions about other potential symptoms and major life changes.

Current treatments for low testosterone include gel or patches that go on the skin, injections, tablets that stick to the gums, and oral medications.

Men who struggle with depression, anxiety, or other mental health conditions are more likely to drink alcohol, abuse drugs, or die by suicide. Statistically, women are more likely to attempt suicide, but men turn toward more lethal methods, which means their risks are much higher.

Since men are at higher risk of substance abuse, chronic health problems, and death by suicide due to depression, screening for this and other mental health struggles is a crucial part of regular checkups. Antidepressants, talk therapy, and other medical treatments have proven very effective for improving long-term outcomes.

Regular Screenings and Preventative Treatment Are Crucial for Men’s Health

Scientific advancements have helped to reduce prostate problems, testosterone deficiency, substance abuse rates, and mental health struggles in men in the U.S. Still, the most important step for men is to get regular health screenings, especially for heart disease or cancer that may run in the family.

Lifestyle changes, including better diet and regular exercise, can reduce many risks. Talk to your general practitioner about your personal risks and how to best manage them.

Low Testosterone. (May 2018). Hormone Health Network from the Endocrine Society.