In addition to the formal symptoms of the disorder, many people with schizophrenia share other features that are not used to diagnose the disorder. (Learn More – Other Features of the Disorder)

Medication is the primary approach to treat schizophrenia. (Learn More – Treatment of Schizophrenia)

The newer medications are less likely to have serious side effects. (Learn More – Severe Side Effects From Typical Antipsychotics)

Although therapy is not the first-line treatment for schizophrenia, people with the disorder can benefit from psychotherapy, especially to help them adjust to living with the disease, stay on medication, and get support. (Learn More – Therapy for Schizophrenia)

Schizophrenia is not multiple personality disorder, where a person has more than one functioning personality. Instead, schizophrenia is a psychotic disorder in which psychosis represents a loss of reality for the person.

According to the American Psychiatric Association (APA), schizophrenia is a chronic brain disorder that results in a person having psychotic episodes. Psychotic episodes occur when a person loses contact with reality.

The APA says that the prevalence of schizophrenia is less than 1% worldwide.

What Are the Symptoms of Schizophrenia?

Severe psychotic symptoms can be quite distressing to a person with schizophrenia. The symptoms of schizophrenia fall into several different categories.

Other Features of the Disorder

Symptoms of schizophrenia typically appear in early adulthood. Men display symptoms in their late teenage years or early 20s and women often show signs in their 20s or early 30s.

Early signs may be subtler, such as issues with performance and motivation in school or problems with relationships.

Early warning signs of psychosis can sometimes occur in younger people. They can include delusional beliefs and even hallucinations in people who are predisposed to develop schizophrenia.

The main treatment for schizophrenia is the use of antipsychotic medications. These medications address the symptoms of schizophrenia, such as hallucinations and delusions. They typically work better on the positive symptoms, but they can be used to treat some of the negative symptoms.

Medications in this group include the following:

These drugs are associated with some significant side effects (see below). 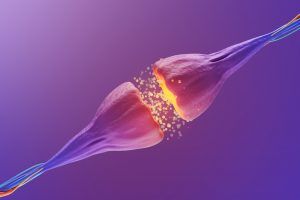 medications work on dopamine and also on other neurotransmitters like serotonin.

They may be better able to control both the positive and negative symptoms of schizophrenia, without some of the more serious side effects that can occur with antipsychotic medications.

The following are medications in this group:

Severe Side Effects From Typical Antipsychotics

Typical antipsychotics may increase levels of a hormone known as prolactin, which can affect the menstrual cycle of women, cause the growth of breast tissue in men (and in women), and lead to decreased sex drive and mood swings.

Typical antipsychotics are also believed to have a higher probability of producing extrapyramidal side effects. These effects include issues with coordination and motor control that often display as uncontrollable movements.

The following extrapyramidal side effects may occur as a result of antipsychotics:

Other Side Effects of Antipsychotic Medications

Other side effects can occur with both typical or atypical antipsychotics. These include:

The use of psychotherapy for the sole and direct treatment of schizophrenia is not recommended, but if the person’s symptoms are controlled by medication, therapy can help. It can be particularly helpful for managing stress, developing social skills, tracking medication compliance, and recognizing the warning signs of relapse.

Schizophrenia often develops in a person’s formative years, so the person may not have been able to develop skills that make them employable. Therapy can help to develop life management skills, and may even help them respond to training that may allow them to get a job. Therapy can also help to address family and relationship issues for people with schizophrenia.

Support groups allow people with schizophrenia to learn from one another and share their experiences, which can promote overall well-being. With a combination of medication, therapy, and support, living with schizophrenia is possible.

Extrapyramidal Side Effects of Antipsychotics Are Linked to Their Association Kinetics at Dopamine D2 Receptors. (October 2017). Nature Communications.