In 2016, a generic version of Tamiflu was approved by the FDA. (Learn More)

Tamiflu, a brand name for oseltamivir phosphate, is an antiviral medication that can be used to help a person recover from the flu faster or to help them avoid contracting the flu. That said, it is not as effective in avoiding the flu as a vaccine, which is still recommended by the medical community.

The generic medication has the exact same active ingredient as Tamiflu: oseltamivir phosphate. As such, the way both versions affect the body is virtually identical. The name-brand and generic versions can have slightly different inactive ingredients though, which means it is not impossible for a person to be allergic to an ingredient in one version that is not in another (although this is relatively rare). (Learn More)

The FDA has pretty tight standards when it comes to approving generic medications. You can trust their judgment that the generic does not pose additional risks to regular Tamiflu. (Learn More)

If you are concerned as to why the generic costs much less, a large part of that has to do with the costs of initial testing. It is much cheaper for a generic medication to be proven safe than for the initial version of a drug. (Learn More)

As long as you are clear about your allergies with your doctor and take medications only as prescribed, Tamiflu and any generic version will be safe and effective for practically everyone.

While you are welcome to bring up any concerns with your doctor, do not avoid generic medications out of hand. They are approved by the FDA for a reason. (Learn More)

On August 3, 2016, the U.S. Food and Drug Administration (FDA) approved a generic version of Tamiflu, which is a brand name of the drug oseltamivir phosphate. Clinical trials most commonly associated this generic medication with nausea and vomiting, which are the same side effects of Tamiflu.

Many people worry about generic medications being inferior to brand-name versions. After all, they cost significantly less, and we tend to associate cost with quality. However, the measure of a medication’s value goes beyond how much it costs.

Both Tamiflu and its generic oseltamivir phosphate are approved for use in helping people recover from the flu and in helping to prevent contracting the flu in the first place.

While certain ingredients may be slightly different for the purposes of flavoring or allowing capsules to dissolve in the stomach, the actual mechanisms that Tamiflu is employing compared to its generic version to treat the flu are the same.

While some may worry the cheaper version may tend toward lower quality, and therefore they have a greater risk of getting ineffective or dangerous capsules or liquid, there are numerous regulations from the FDA to prevent issues like that from occurring. It is extremely unlikely that you will encounter problems with a generic medication that you would not encounter with Tamiflu.

There is one potential exception. It is possible to be allergic to inactive ingredients. Since generic medications may have different inactive ingredients, make sure to discuss any allergies you have with your doctor to ensure you are not prescribed something in this category.

For a generic medication to be approved by the FDA, it must show it is the same as the brand-name equivalent in the following ways:

Additionally, while the inactive ingredients do not need to be identical, they must be verifiably safe and shown not to interfere with the drug’s mechanisms. 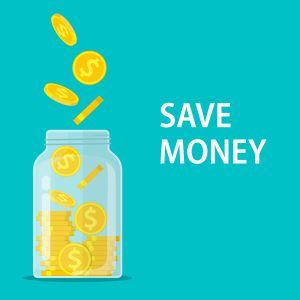 Why the Cheaper Cost?

Generic medications have the advantage of not needing to go through nearly as much testing as the innovator drug does. This is the nature of invention.

The first company must figure out some pretty precise facts about a drug, conducting numerous animal and human tests. Companies that come later can take much of that research. While they still must ensure their generic drug is safe, they are able to skip many of the (often very expensive) initial tests.

While there are arguments to be made that many companies manufacturing brand-name drugs use this process to justify still unnecessarily high prices, this is also why generic medications can afford to be significantly cheaper. They have a much lower initial cost to manufacture their product, and therefore, they do not need to recoup that cost with high prices.

Since they are approved by the FDA, the risks associated with using generic medications are minimal — no higher than they are for using the brand-name version. The FDA has decided generic oseltamivir phosphate is just as good as the brand-name form. Corners are not being cut in terms of the effectiveness or safety of the drug.

Is Generic Oseltamivir Phosphate as Good as Brand-Name Tamiflu?

Yes. There is no reason to suspect oseltamivir is any more dangerous than Tamiflu.

While Tamiflu is not totally without risks itself, these should be manageable by being honest with your doctor, taking the medication only as intended, and reading up on its potential side effects.

The FDA makes an effort to ensure all generic drugs it approves are as safe and effective as their brand-name counterparts.

Antiviral Tamiflu in Liquid Form is FDA-approved to Treat Flu in People 2 Weeks of Age and Older. Genentech USA, Inc.