In women, breast cancer is the second most common cancer diagnosis in the United States after skin cancer. Breast cancer can also occur in men, though it is not as common.

Breast cancer stems from breast cells growing at a frantic pace. It can spread to the rest of the body if it is not treated. (Learn More: Breast Cancer: An Overview)

Not all treatment methods require surgery. The recommended treatment approach will vary, depending on the stage of cancer at the time of diagnosis. (Learn More: Stages of Breast Cancer)

Breast cancer is a disease that begins with breast cells multiplying at an atypically fast rate. The breast consists of three parts: connective tissue, lobules, and ducts.

There are two common kinds of breast cancer.

There are other types of breast cancer.

Breast cancer can also spread to the rest of the body. This is called metastasis.

There are several tools used to diagnose breast cancer. 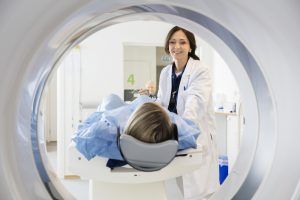 Doctors categorize breast cancer into stages so they can best determine how to treat it.

You will need one, or a combination, of these treatments to treat breast cancer.

Patients may also receive a prescription for Tamoxifen to decrease their breast cancer risk. They will have to take the medication for about five years.

What is breast cancer?

Catching breast cancer early is important in ensuring it does not spread to other parts of the body (metastasis). Men should be aware that they can get breast cancer as well.

How is breast cancer treated?

Breast cancer is treated using a variety of methods, including medications like Letrozole or Tamoxifen, radiation, chemotherapy, and surgery.

Are there ways to treat breast cancer without surgery?

Yes, but that does not mean these methods will cure cancer on their own, as surgery is the most frequent first step to removing a cancerous tumor. Depending on your circumstances, you may also receive a certain type of treatment, such as hormonal therapy, chemotherapy, and radiation therapy. Some of these will be used to shrink the size of your tumor so it can then be removed through surgery.

What Is Breast Cancer? (September 2018). Centers for Disease Control and Prevention.

How Is Breast Cancer Diagnosed? (September 2018). Centers for Disease Control and Prevention.

Lumpectomy vs. Mastectomy: Which Is Best for You? (December 2017). Healthline.