Trintellix is an atypical antidepressant medication. (Learn More) It used to be known under the brand name Brintellix. (Learn More)

The clinical trial data for the drug indicated advantages and disadvantages to its use. (Learn More) It may be more effective in treating depressive symptoms than many other antidepressants, and it may be better tolerated by most people. (Learn More)

Although data suggests that Trintellix may have some advantages over many other antidepressants, your actual experience may vary. The best approach to treating depression is to use both medications and therapy. (Learn More)

The mechanism of action of the drug is not fully understood by researchers. It is believed to prevent the reuptake of serotonin in the brain.

Trintellix did go by a different name, Brintellix, before 2016. This name was very similar to a blood thinner (Brilinta [ticagrelor]), which caused some confusion in the literature.

The FDA changed the name of the drug to Trintellix as a result. 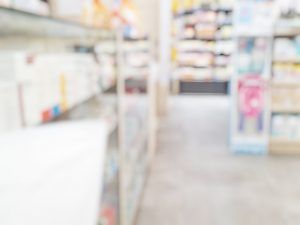 Advantages and Disadvantages of Using Trintellix

Based on the clinical trial data that was used to get Trintellix approval to treat depression:

There are precautions you should be aware of when taking Trintellix.

Trintellix can interact with numerous medications. Its effectiveness can be reduced if you drink alcohol when you take it.

Potentially Better Tolerated Than Some Antidepressants

There are a large number of different antidepressants that can be prescribed to individuals who suffer from depression, anxiety, other mental health disorders, and chronic pain. There are different classes of medications and some medications work vastly differently than others.

Most of the newer antidepressant medications, such as the selective serotonin reuptake inhibitors and atypical antidepressants like Trintellix, are believed to work as well as older antidepressants in controlling depressive symptoms, but they have less potential for side effects.

More than 522 clinical trials of 21 different antidepressant medications taken by over 115,000 participants were evaluated. 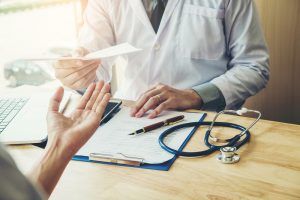 What Does All This Mean?

Data from clinical trials and research studies are used to develop a general notion of how well a medication works, what side effects can be expected in most people, and how long people will be able to tolerate it.

Trintellix does appear to have some advantages in treating depression compared to other antidepressant medications, but it is not a panacea. Your actual experience with the medication may be different than conclusions gleaned from research studies.

Assess the pros and cons of Trintellix with your doctor to determine the best path forward.

Antidepressant Medications: Use in Adults. (August 2013). Centers for Medicare and Medicaid Services.

Comparative Efficacy and Acceptability of 21 Antidepressant Drugs for the Acute Treatment of Adults With Major Depressive Disorder: A Systematic Review and Network Meta-Analysis. (April 2018). The Lancet.

Psychotherapy vs. Medications: The Verdict Is In. (June 2015). Psychology Today.