Trintellix (vortioxetine) is a prescription antidepressant, used to treat major depressive disorder (MDD). While its mechanism is not fully understood, research has shown it is effective for this purpose. (Learn More)

Trintellix can cause nausea, constipation, and vomiting in the short term, as well as a number of other potential side effects. Familiarize yourself with its more serious side effects. While rare, they generally signal something is wrong and you need to contact your doctor. (Learn More)

Trintellix will usually cost about $400 for a 30-day supply when purchased from a pharmacy. It should be covered under most insurance plans, meaning you will not be paying the full amount in most cases. (Learn More) This is important, as no generic version of Trintellix will exist until at least 2022. (Learn More)

Trintellix is the brand name version of the antidepressant vortioxetine.

Trintellix is an immediate-release tablet that is taken orally, usually once daily. It has been shown to be effective in helping adults with major depressive disorder (MDD).

While the mechanism is not fully known, the drug is believed to boost the activity of serotonin by blocking its reuptake. This is not unusual for antidepressants. Many others use this same mechanism of action.

The drug also works on serotonin receptors in a mechanism that is even less understood. While the risks of these unknowns may seem serious, the drug is comparable to other antidepressants, even if it has its own set of risks and downsides (discussed below).

Trintellix has been shown to provide genuine help to many patients. If your doctor determines Trintellix is a good fit for you, discuss any concerns you have with them. 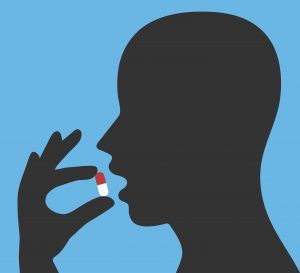 Risks and Side Effects

Short-term side effects commonly associated with Trintellix include the following:

The nausea is generally mild to moderate, and the frequency of nausea episodes is usually dependent on the dose. Symptoms usually last for about two weeks after starting Trintellix. If they are long lasting or especially severe, contact your doctor.

Other common side effects that Trintellix can cause include the following:

Trintellix can also rarely cause more serious symptoms that warrant immediate attention from a doctor or calling 911.

Contact a doctor immediately if you experience any of the following:

If these symptoms are intense, call 911 immediately. Inform the operator of your location and any drugs you take, as well as any relevant medical information.

Trintellix is not inexpensive. It has a list price of $383.67 for a 30-day supply. Many pharmacies charge around $400 for a 30-day prescription, even when using a coupon to get the best price.

Most patients will not be paying such high prices. Most insurance plans will cover Trintellix, as they almost always cover medications needed for mental illnesses the same way they do for physical ailments. They are usually required by law to do so. 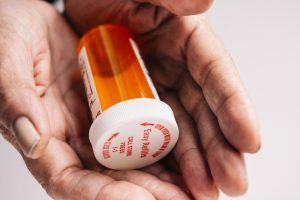 While certainly controversial, the logic behind these laws is that a company needs an incentive to research new drugs and products. Having to compete with generics right away would disincentivize such research.

If Trintellix is too expensive for you, and your insurance doesn’t offset the cost sufficiently, talk to your doctor about other medications that may work well for you. There are many generic versions of other antidepressants on the market. You can also get discounts on brand name medications via discount sites.

Wondering About Side Effects Including Weight Gain? H. Lundbeck A/S.

How Much Does Trintellix Cost? H. Lundbeck A/S.

How Trintellix Is Thought to Work. H. Lundbeck A/S.