Bipolar disorder can cause a person to face unexplained and serious shifts in mood, energy, and the ability to properly perform day-to day tasks. It does not have a cure.

There are essentially four primary forms of the disorder, although the most commonly discussed are bipolar I and bipolar II.

Therapy and lifestyle changes can help with symptoms, but medication is almost always an essential part of treatment. (Learn More)

In the short term, the goal of a doctor will be to get a person’s mood stable enough that they can at least function. Mood stabilizers and atypical antipsychotics are used to control the episodes of mania those with bipolar disorder often experience. Antidepressants are sometimes used to treat bipolar depression, although the effectiveness of this is debated. (Learn More)

Antipsychotics concern some people due to a negative reputation that mostly stems from the harsh side effects first-generation antipsychotics often cause. Second-generation atypical antipsychotics are different, although they are still serious prescription medications. As with any prescription drug you might take, familiarize yourself with the potential side effects, signs of danger, and signs of an emergency associated with the drug before taking it. (Learn More)

In the long term, finding the best mix of medications to control your symptoms and participating in a quality therapy program are the end goals of bipolar treatment. Since there is no cure, the disorder will always play a role in your life, but it can be effectively managed. (Learn More)

Bipolar disorder is characterized by shifts in mood, energy, activity levels, and the ability to carry out day-to-day tasks. It is a lifelong condition, although its symptoms can be managed with medications and other treatments.

It comes in four forms, with the fourth essentially being a catchall category for symptoms that do not neatly line up with the other three:

People who deal with bipolar disorder generally experience episodes of mania and depression, with lulls between episodes where they are free of the extreme mood change their disorder causes. Some people still experience lingering symptoms during these respites.

Controlling the symptoms of bipolar disorder involves working with a doctor and trying multiple medications before the right fit is found. The goal of the treatment is to stabilize your mood and address any other detrimental symptoms.

Generally, medication should be combined with other treatments. 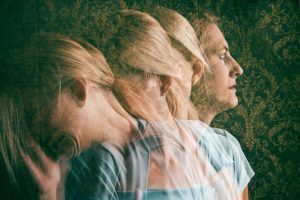 The most immediate challenge for treating bipolar disorder is finding the right combination of medications that works best for you. There are a few types you are likely to be prescribed.

All of these drugs must be taken seriously. Their side effects can be early signs of a dangerous reaction, and any big change should be reported to a doctor immediately.

Talk to your doctor about what to expect, particularly what minor side effects might occur and which indicate real danger. If you’re ever unsure if a side effect is noteworthy, report it as soon as possible to your doctor just to be safe.

Of all the treatment options available to those with bipolar disorder, antipsychotics are probably those that trigger the most concern. While antipsychotics have a bad reputation for serious symptoms, newer atypical antipsychotics are generally much safer, although they still carry risks and downsides.

While every drug is different and you should still talk to a doctor about what to expect, atypical antipsychotics typically have the following side effects:

A few side effects signify a potentially serious issue. If you experience the following, you should immediately bring it up to a doctor:

Signs of an allergic reaction include hives, difficulty breathing, and/or swelling of your face, lips, tongue, or throat. Call 911 immediately if you experience these symptoms.

Despite all of the above, atypical antipsychotics can be very beneficial to many who struggle with bipolar disorder. 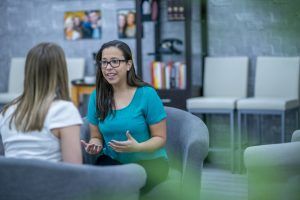 In addition to medications, therapy is often an essential component of treatment for bipolar disorder. Depending on your needs, a psychiatrist or therapist can help you learn techniques to deal with your negative feelings and improve your quality of life with bipolar disorder.

Therapy can help you establish a routine to better manage your mood and live a fuller life. This type of treatment will always be supplementary to your use of medications, but therapy carries essentially no downsides or risks beyond time and any financial investment. Therapy is usually at least partially covered by insurance.

The ability for positive lifestyle changes to affect quality of life should not be underestimated. Simple things like eating better and exercising can often be good for mood.

As with therapy, lifestyle changes won’t eliminate your need for medication, but they can enhance your overall well-being.