Telemedicine is fairly well regulated in New York. Patients can use telecommunications to receive help for many, although not all, conditions from qualified doctors. (Learn More)

There are basically three methods of communication that qualify as telemedicine: synchronous two-way audiovisual communications between the patient and doctor, store-and-forward patient data transmissions, and remote patient monitoring. These methods may be combined with each other or traditional care, and they may involve multiple doctors who likely also communicate with each other. (Learn More)

Insurance generally covers telehealth treatments that would be covered in person, as it is legally required to do so under New York parity laws. (Learn More)

The ability for people in remote areas to receive help from doctors is a big benefit of telemedicine, as is its convenience. (Learn More) At the same time, the distance from your doctor can increase the risk of problems, and not every condition can be treated purely over audiovisual calls. (Learn More)

Telemedicine is the growing field of medicine in which telecommunications systems, such as video chat services, are used to speak with, diagnose, and even treat patients from a distance. It is a field with opportunities to provide both great help and great harm to patients, depending on how well policies are implemented to regulate it.

New York is on a growing list of states that have started to tackle the task of regulating telemedicine so patients can benefit from the field while staying, for the most part, protected from its biggest risks.

Telemedicine is not for everyone. Some people desire a personal rapport with their doctors that is more difficult via telecommunications. Telemedicine can be very convenient, however, especially for those in isolated area.

How Does New York Define Telemedicine?

The State of New York defines telemedicine as the “use of synchronous two-way electronic audio-visual communications” between a patient and a doctor for the purposes of receiving health care treatment.

There are additional communications that qualify as telemedicine, including:

New York’s definition of telemedicine, and the telehealth professionals who engage in telemedicine, is more or less in line with the way most other states define it.

It should be noted that audio-only (phone calls), fax-only, and electronic messaging-only (emails or texts) communications do not qualify as telemedicine in New York. This is likely because these forms of communications can make it difficult for a doctor to properly treat you, and they can make it easier to commit fraud. 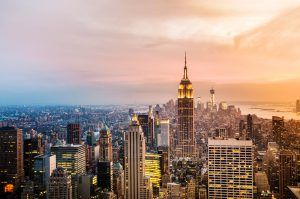 How Does Insurance Deal With Telemedicine?

New York has enacted telehealth parity laws, which are laws meant to ensure telehealth and telemedicine are treated fairly by insurers when compared to traditional treatment. Broadly speaking, health insurance, including Medicaid, should cover telemedicine costs if the equivalent treatment would have been covered for in-person care.

It should be noted that telehealth services do not necessarily cost the same as in-person equivalents, even if the quality of care is identical. The same service, provided at a distance, might require more machines, staff, and time than if you come into an office.

How Widely Available Is Telemedicine?

The field of telemedicine is growing, but it has encountered some problems (discussed later).

That said, it tends to be fairly available by the simple nature of the fact that location is much less of an obstacle. People in rural areas can talk to any available doctor licensed to practice in the state. The only real limitation is having the technology required to talk with the doctor properly.

Telemedicine is not going to work in every scenario. In many cases, it may be a good way to supplement traditional treatment rather than receiving help purely through telecommunications. For example, you might see your doctor to initially figure out what is wrong, and then communicate from home for checkups and to send important data. It all depends on a patient’s specific needs.

Telemedicine can be an excellent option for people bound to their homes or people in areas where there are not many doctors, such as rural communities. It can also allow someone to contact a specialist who may be very far away.

By having your home set up for telecommunicating with doctors, you can keep in touch with them much more easily. The technology is becoming more and more widely available. Apps (some of which can be admittedly expensive) can be purchased on your phone to allow you to begin telehealth treatment.

The ability to quickly contact a doctor, especially if you are able to send important medical information, can be a lifesaver for some and a major convenience for many.

Some theorize telemedicine may also draw younger people to care more about their health. While this is anecdotally spouted by telemedicine companies, not enough research has been done to fully confirm their claims. It does seem likely, however, that telemedicine is at least drawing more people to receive care.

Perhaps the biggest drawback of telemedicine is that it has many limitations.

Unsurprisingly, not every patient will benefit from telemedicine equally. Some conditions require a doctor to carefully examine a patient, and many tests cannot be performed at home without a medical professional and the right equipment.

Often, telemedicine makes a good supplement to traditional care. Seeing a doctor in person and then having them communicate with other doctors across the country has great potential to improve patient care. Even if you have to occasionally see a doctor for tests or treatments, many patients may be able to stay in the comfort of their own home for things like general checkups or quick talks with their doctor.

The biggest risk of telemedicine is misdiagnosis. While telemedicine is improving, it has been noted that some telemedicine services have been providing low-quality care. Some doctors find it difficult to establish rapport with patients and to accurately diagnose from a distance. This can lead to being prescribed unnecessary meds or even being misdiagnosed with a totally incorrect condition. While this risk is present with traditional medicine, it seems likely the risk is increased with telemedicine.

As the field progresses, both in New York and across the country, so will the general quality of care.

What Is Telemedicine? Chiron Health.

Telemedicine Is Getting Trendy, but Doctors May Not Be Keeping Up. (April 22, 2018). Washington Post.