In the healthcare arena, primary care has shifted significantly over the past century. We’ve gone from house calls, to neighborhood physicians, to in-network care, and ultimately to telemedicine. Healthcare is flexing to the needs of the patient.

Telemedicine, or telehealth as defined by the U.S. Department of Health and Human Services, is the “use of electronic information and telecommunications technologies to support and promote long-distance clinical health care, patient and professional health-related education, public health and health administration”. Remote, long-distance clinical health care is the new neighborhood physician house-call.

The Health Resources and Services Administration (HRSA) has detailed the depth of national involvement in the shift toward telemedicine. They have shared a federal telehealth compendium (a concise collection of resources on the topic) to share research and to keep healthcare subscribers informed of options. Here, federal agencies have detailed the benefits of their own usage of telemedicine for the same reason it is so commonly used by the general public – the expanded access to healthcare.

Why is telemedicine important?

On the surface, telemedicine becomes an ideal resource for people living in remote or rural areas, or for those with difficulty getting around. There’s no argument here. We have glaring healthcare disparities among the rural residents of this country. The U.S. National Library of Medicine’s online publication (MedlinePlus) offers myriad resources, including the Rural Health Information Hub, which outlines issues surrounding both the general health and healthcare of rural Americans:

“Rural Americans are a population group that experiences significant health disparities. Health disparities are differences in health status when compared to the population overall, often characterized by indicators such as higher incidence of disease and/or disability, increased mortality rates, lower life expectancies, and higher rates of pain and suffering. Rural risk factors for health disparities include geographic isolation, lower socioeconomic status, higher rates of health risk behaviors, limited access to healthcare specialists and subspecialists, and limited job opportunities. This inequality is intensified as rural residents are less likely to have employer-provided health insurance coverage, and if they are poor, often are not covered by Medicaid.”

How do we pinpoint an ideal candidate for telemedicine services? We start with those who live in isolated, poorer areas with increased risks of health problems, and limited access to care. If the physical obstacles of reaching a doctor combat the care that is needed, then access to affordable telemedicine services is the next best option. 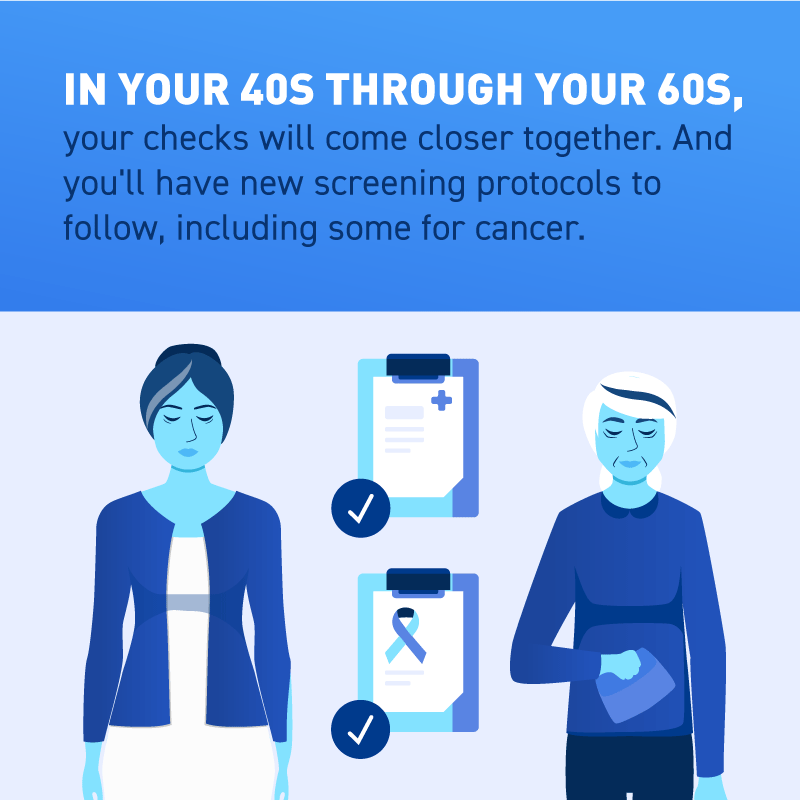 Who else may benefit from utilizing telemedicine services?

How about the average American household with working adults and children? The U.S. Department of Labor and The Bureau of Labor Statistics (BLS) put out a 2018 study showing that “among married-couple families, both the husband and wife were employed in 48.8 percent of families”. The BLS went on to state that “33.6 million families included children under 18 (and)… among married-couple families with children, 63 percent had both parents employed”. 63 percent of 33.6 million married-couple families with children comes out to roughly 21.1 million American families where both parents work. That’s at least 21.1 million children with very busy parents, coordinating very busy schedules.

In today’s fast-paced America, there is very little time for these families to make it to pediatrician visits. In support of the many advantages of telemedicine, the country’s rural population represents an important demographic, right alongside the average American household.

Is telemedicine covered by insurance?

When it comes to healthcare and medical expenses, this is the first question on everyone’s mind. We will always lean toward doctors who are “in-network” and who can save us exorbitant out of pocket expenses. Our National Conference of State Legislatures (NCSL) recently evaluated state-by-state policies on “reimbursement for at least one telehealth modality and service or specialty”. Now, this is an assessment of both Medicaid coverage and private payer policies, but 35 of 50 states indicated to have insurance coverage for both, with all 50 states accepting some form of insurance for telehealth services.

The best approach is going to be verifying your coverage for telemedicine directly with your insurance provider. There may also be a reimbursement policy, but this may vary per state. The University of Arizona’s telemedicine program suggests that in order to “overcome reimbursement obstacles, it helps to have a reimbursement plan that includes using technology to track expenses for reimbursement claims. You can employ a platform that keeps track of these expenses so you can properly document receipts required by payers, while keeping up to date on insurers’ allowable reimbursements”.

For federal and state assistance with medical costs, Medicaid becomes a life-line for 72.3 million Americans. For 22 percent of the country, “Telemedicine is viewed as a cost-effective alternative to the  more traditional face-to-face way of providing medical care (e.g., face-to-face consultations or examinations between provider and patient) that states can choose to cover under Medicaid”. 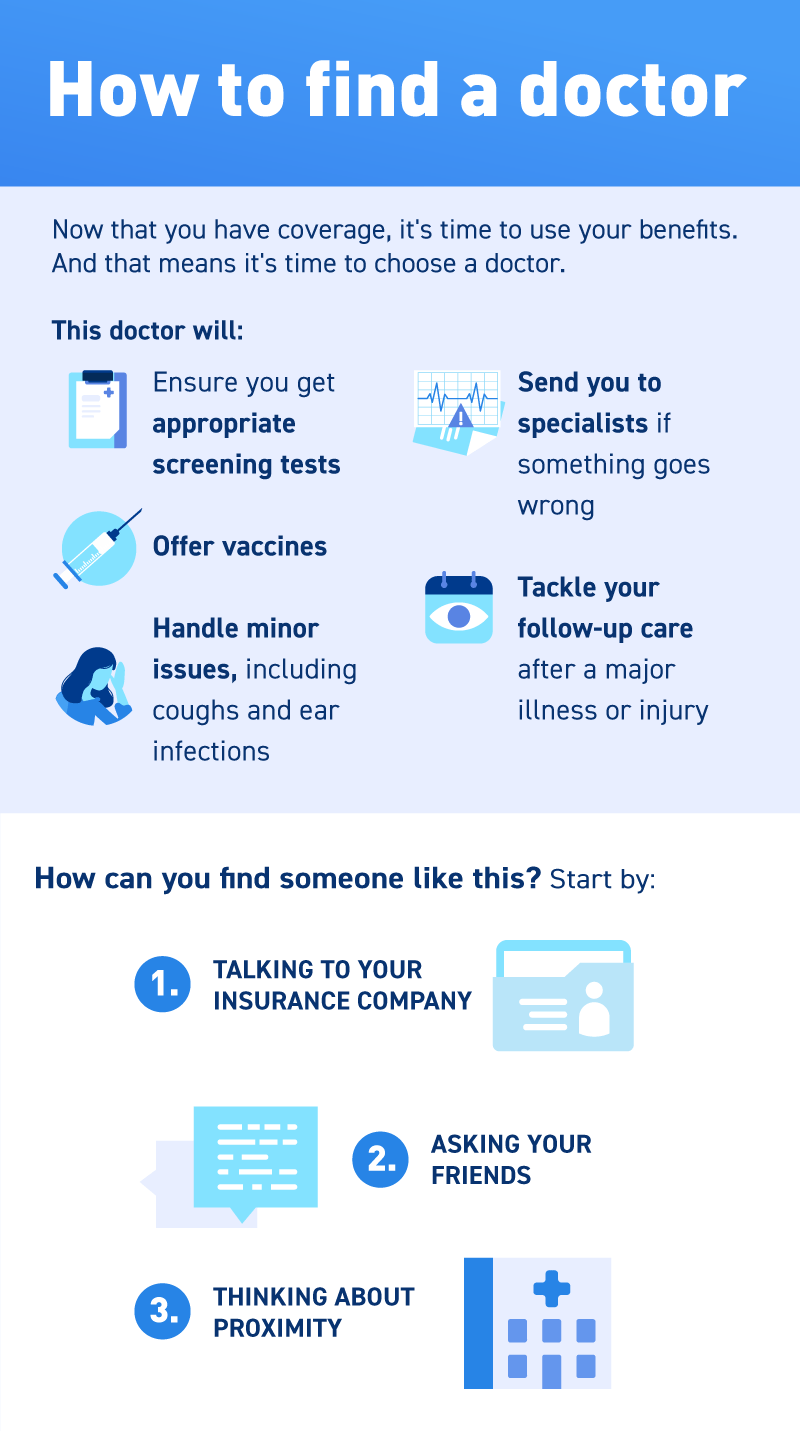 The Centers for Medicare & Medicaid Services have highlighted general terminology relating to telemedicine that may be helpful to some subscribers. These terms include:

Distant or Hub site: Site at which the physician or other licensed practitioner delivering the service is located at the time the service is provided via telecommunications system.

Originating or Spoke site: Location of the Medicaid patient at the time the service being furnished via a telecommunications system occurs. Telepresenters may be needed to facilitate the delivery of this service.

Asynchronous or “Store and Forward”: Transfer of data from one site to another through the use of a camera or similar device that records (stores) an image that is sent (forwarded) via telecommunication to another site for consultation. Asynchronous or “store and forward” applications would not be considered telemedicine but may be utilized to deliver services.

Medical Codes: States may select from a variety of HCPCS codes (T1014 and Q3014), CPT codes and modifiers (GT, U1-UD) in order to identify, track and reimburse for telemedicine services. 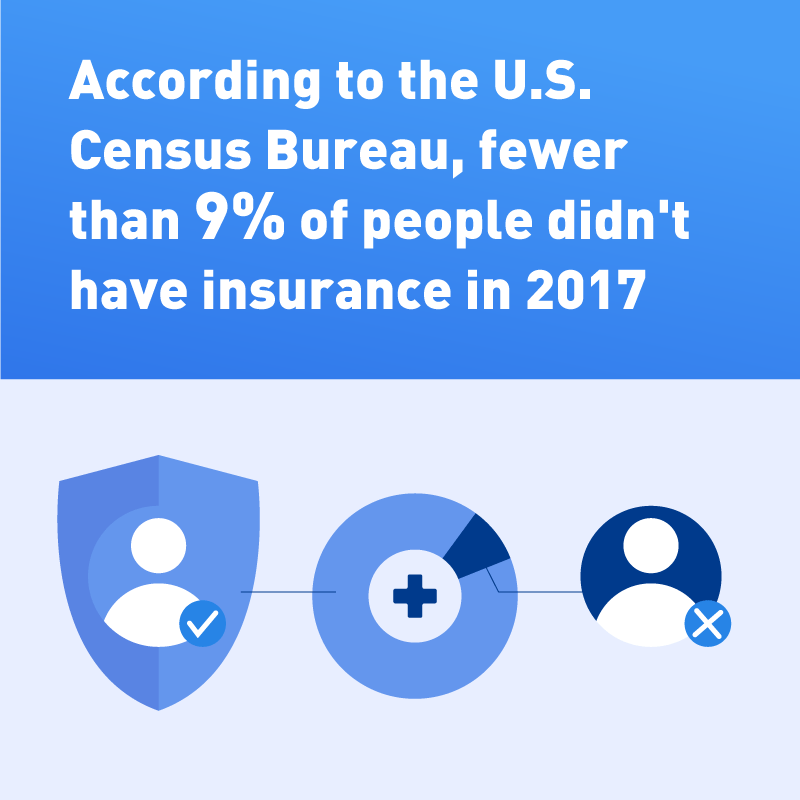 Are there cost savings benefits of utilizing telemedicine?

Gauging overall costs factored into physically visiting a doctor’s office, we do see financial savings in alternatively using telemedicine. According to the National Center for Biotechnology Information and a fairly recent study carried out by the University of Arkansas for Medical Sciences (UAMS), cost savings from a sample patient population were seen across the board. The UAMS details that specific factors such as “travel distance to medical care, missed days at work, and family expenses” were each examined for the 400+ patients partaking in the study.

The results of the study indicated that without telemedicine:

The UAMS study continued that with telemedicine:

Is telemedicine really cheaper than a traditional doctor’s appointment? Well, the cost of burning fuel and missing a day’s work alone should tip the scales well enough. 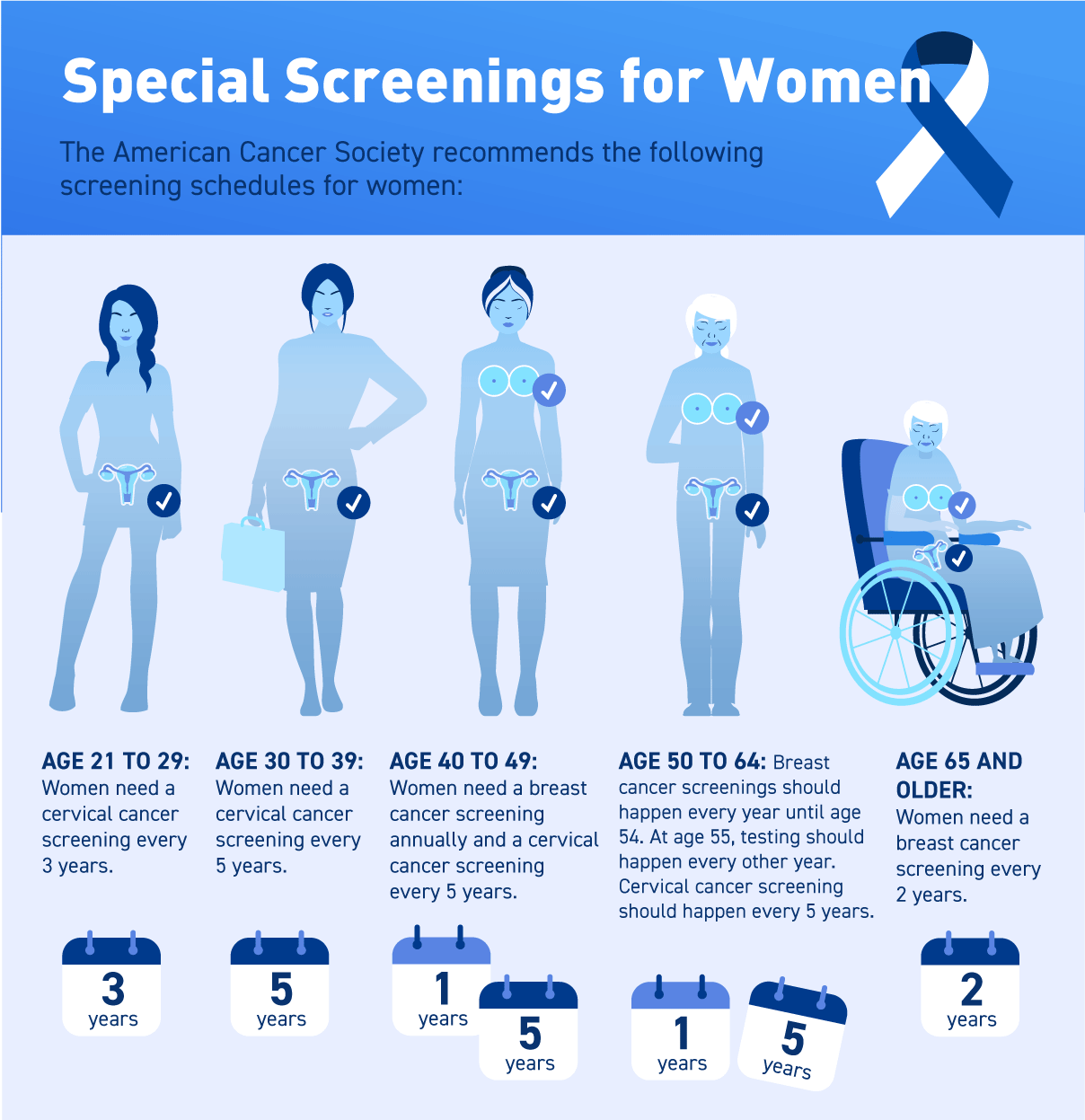 Where does telemedicine stack up against traditional healthcare? Where does it fall short?

Telemedicine bears a number of advantages versus the traditional in-person doctor’s visit, including:

These advantages are also countered by legitimate concerns from the healthcare community. Primary concerns of patients growing reliant of telemedicine include:

The Cleveland Clinic, a top-ranked U.S. hospital, recently outlined the primary benefits and drawbacks of telemedicine. Their doctors, who are among the best Cardiologists, Heart Surgeons, and Urologists in the country, believe the benefits of telemedicine leverage the following: 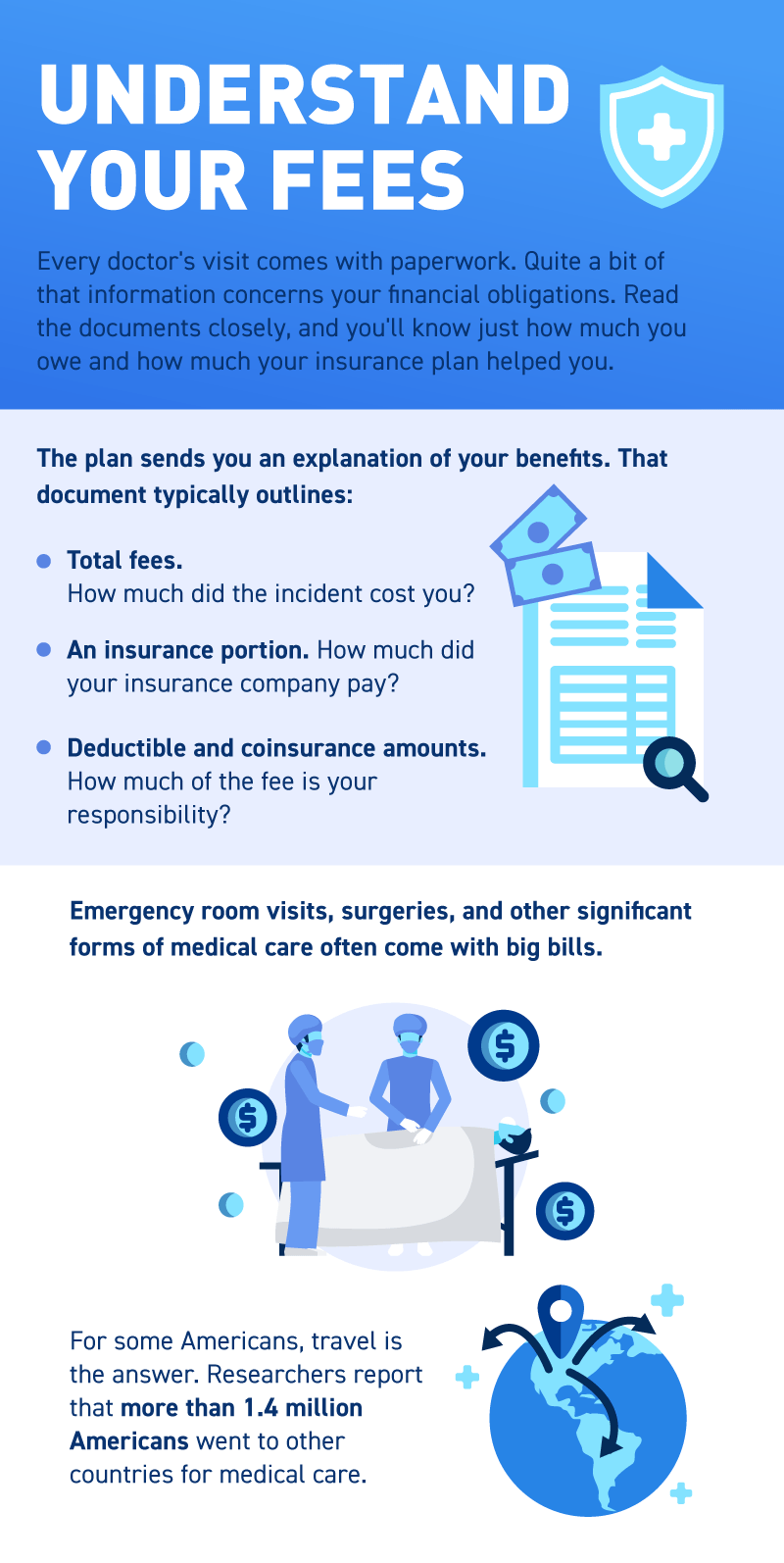 The Cleveland Clinic staff have also provided a few counterweights. Here are the limitations of telemedicine that they’ve taken note of:

What are the benefits for parents to utilize telemedicine for their children?

What a gift to give a parent. Rather than  getting the kids dressed, packed-up, and loaded into car seats to haul them off to wait at the pediatrician’s office, parents have the ability to video-conference their pediatrician from the living room. As any parent will attest, getting the kids ready and out of the house is a physical challenge when they’re healthy! Utilizing telemedicine for sick young ones, and keeping them home in a clean, comfortable environment is an ideal option.

Nemours, a leading non-profit organization and children’s hospital in Florida supports telemedicine services for parents, stating that “for some illnesses, you can schedule an appointment and video-chat with your child’s doctor right from your home computer, tablet, or smartphone”. They continued, “many aspects of care lend themselves to these ‘virtual visits,’ such as:

Sharing health data via digital devices. Phone apps, digital watches, and other wearable devices now record health data, such as blood-glucose readings for kids with diabetes. This information can be sent to a computer system in your doctor’s office or hospital so that health care professionals can keep track of your child’s health.

Sending X-rays, ultrasound images, or photos from one location to another. This lets doctors securely share the actual pictures, rather than just reading a radiologist’s report or a description of a rash.”

The previously mentioned University of Arizona(U of A) boasts numerous accolades, and among them is a national ranking just outside the top 100. They also have a fully dedicated program to telemedicine that is in its 24th year of operation. The Arizona Telemedicine Program(ATP), run by the university, began as a “pilot program with eight sites to serve the Arizona prison system and rural underserved communities… The program has succeeded in creating partnerships among a wide variety of not-for-profit and profit healthcare organizations, and has created new interagency relationships within the state government”. While the U of A’s efforts did not establish the first ever collegiate telemedicine program, they have certainly shined a light on the progression and acceptance of telemedicine in the healthcare community. According to the U of A’s ATP page, one of the first telemedicine programs was created by Massachusetts General Hospital & Harvard to provide service between Mass-General and Logan International Airport.

In 2010, The National Center for Biotechnology Information, the National Library of Medicine, and the National Institute of Health collectively outlined a brief that had been published a year prior titled “History of Telemedicine: Evolution, Context, and Transformation”. It was written by a pair of doctors (Bashshur & Shannon), who uncovered some very interesting findings:

In 1993, the American Telemedicine Association (ATA) was established to “promote access to medical care for consumers and health professionals via telecommunications technology”. The ATA shares a wealth of information surrounding initiatives, policies, and communities of the telemedicine arena. In the ever expanding world of online healthcare, the ATA is able to offer a number of ways to connect you with conferences, local chapters, and forums. As telemedicine evolves into the future, the American Telemedicine Association will continue to be a valuable tool for the healthcare community.

Is telemedicine right for me?

Today’s healthcare subscriber wants customizable, remote access to their doctors and specialists. We’ve learned that best practices begin with research, and by having discussions with your provider. A conversation with your physician may also be enlightening.

Here is  a list of government resources providing extensive information on telemedicine and telehealth services:

To learn more about all things telemedicine and telehealth, visit ((scripts-online)) for great additional resources.

Telemedicine and Telehealth. (September 28, 2017). The Office of the National Coordinator for Health Information Technology.

The Arizona Telemedicine Program. The University of Arizona.