Telemedicine is when telecommunications technology, like smartphones and video chats, are used to treat a patient.

Doctors can diagnose a patient’s condition and even prescribe medicine without the patient ever needing to set foot in their office. The only caveat is the doctor must follow several laws put in place to protect a patient’s standard of care. If the doctor cannot do a good job via telecommunication, they cannot legally provide the care via telemedicine. (Learn More)

Overall, telemedicine can really help patients in rural areas and those who are bound to their homes to get the help they need. At the same time, the amount of profit to be had in telemedicine may sometimes result in low-quality care from unprepared doctors.

Doctors must navigate this new method of care, learning the best practices that are not entirely figured out yet. Be careful when using telemedicine, but do not dismiss it out of hand. (Learn More)

Telemedicine is a relatively new form of medical care, utilizing technology like smartphone apps and video chat to allow a doctor to evaluate, diagnose and even treat patients from a distance. It can be a very useful form of medical care for those who are otherwise unable to go to a doctor.

Broadly speaking, Texas has fairly good telemedicine laws and policies in place. Telemedicine is properly regulated to ensure patients do not get substandard care. 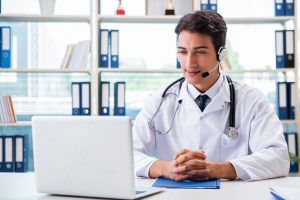 Can Doctors Prescribe Over Telecommunication?

As telemedicine was in its infancy, many states and policymakers did not know quite what role it should have. There were certainly pitfalls that needed to be avoided so patients were not taken advantage of by subpar care performed over the phone. Slowly, laws were put in place to ensure patient safety while still allowing a place for telemedicine.

In Texas, one of the most important measures came on May 27, 2017 through Senate Bill 1107. This law helped solidify telemedicine as a legitimate form of treatment while also setting up some regulations to protect patients.

In less complicated terms, you can be prescribed treatment by a doctor over telecommunications so long as the doctor can provide an appropriate level of care for you, in most cases.

Will My Insurance Cover Telemedicine?

Texas has parity laws in place to make sure insurance companies treat telemedicine fairly in their policies. For example, services by a contracted physician are to be covered whether in person or over telecommunications.

This means only some doctors can help via telemedicine. Some conditions might require you and the doctor be physically present together for you to be examined and treated even if the doctor normally can provide care via telecommunications.

The current laws do not require payment parity. Telemedicine and traditional doctor care can cost different amounts. In some ways, this makes sense, as the treatment methods may also cost the doctor different amounts.

Coverage parity is required. If the appropriate standard of care can be provided via telemedicine, it generally needs to be covered by insurance.

As discussed above, not all doctors have the equipment or training to properly engage in telemedicine. While it is a growing field, it is obviously not yet as widespread as traditional medicine, and it may never be. Additionally, some diagnoses and treatments are too complicated to safely do without bringing the patient to the proper facility or at least bringing a doctor to the patient.

Telemedicine can allow you to potentially see doctors all over the country or even outside of it, with the only limit being their availability and whether they are in your insurance network. 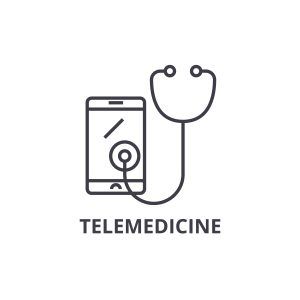 What Are the Benefits and Drawbacks?

One of the biggest benefits of telemedicine is its ability to provide care to people who otherwise would not receive any. Some rural communities may have no nearby doctors, requiring a person to drive many miles to get help. If that person requires specialized care, it is likely they will have to drive even farther.

This is not viable for all patients. Some patients may be bedridden or otherwise have a condition that makes moving difficult or even dangerous. Older patients may simply find the long drive to be too much of a hassle, choosing to ignore potentially serious medical problems rather than drive long distances to get help. Telemedicine can help these people.

Telemedicine is also quite convenient. Its draw to many people is simply the idea of being able to easily see a doctor while in your own home. It has the potential to draw people to seek help who might sometimes avoid doctors out of nervousness or thinking their problems are not worth worrying about.

Telemedicine does carry its own set of obstacles, however. These include:

What Is Telemedicine? Chiron Health.

Telemedicine Is Getting Trendy, but Doctors May Not Be Keeping Up. (April 22, 2018). Washington Post.