Obsessive-compulsive disorder is characterized by symptoms of obsessions, compulsions, or both. An obsession is a repeated pattern of thought, urge, or mental images that cause discomfort or anxiety. A compulsion is a feeling of being driven to do something due to that obsession.

While many people deal with this sort of thinking very occasionally, someone with OCD generally deals with it daily, for at least one hour a day. (Learn More)

The primary treatment for OCD is exposure and response prevention therapy (ERP therapy). This involves working with a trained professional to essentially trigger obsessions and learn to control your thoughts and behaviors, so you can resist compulsions. While it can be initially stressful, it can greatly reduce anxiety over time. (Learn More)

Many people with OCD benefit from medication, usually a type of antidepressant called selective serotonin reuptake inhibitors (SSRIs). These help to increase the level of serotonin in the brain. There are a number of alternative medications, but SSRIs are usually the first choice due to their efficacy and relatively low risk of serious problems. (Learn More)

SSRIs can still cause some problems with digestion, sleep, sex drive, and vision. In severe cases, they can even be dangerous. In young people they have been linked to suicidal thoughts, which should be reported immediately to a doctor if experienced. No matter what you are prescribed, talk to your doctor about your medications risks and what constitutes a serious side effect. (Learn More)

Remember to keep up with treatment even if the results are discouraging or it feels like you no longer need your medication. If you feel either of those things, bring it up to a doctor and get their opinion. Your treatment may need to be altered in some way. (Learn More) 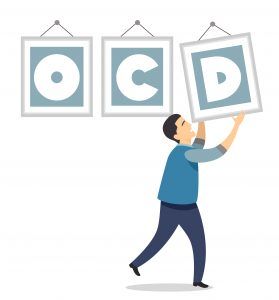 What Is Obsessive-Compulsive Disorder?

Obsessive-compulsive disorder (OCD) is a mental health disorder characterized by symptoms of obsessions, compulsions, or both. Obsessions are repeated thoughts, urges, or mental images that cause discomfort or anxiety. Compulsions are behaviors that a person with OCD feels driven to do by their obsessive thoughts.

While everyone occasionally double checks things or may engage in some unusual habits, it is different for people with OCD. Generally speaking, a person with OCD:

People with OCD can also have a tic disorder. These come in two forms: motor tics and vocal tics. Motor tics are sudden, brief, repetitive movements. Vocal tics are related to sound, including making repetitive throat-clearing, sniffing, or grunting sounds.

OCD symptoms come and go with time. They can get better or worse as time goes on, but OCD is generally a lifelong condition.

There are many medications and treatments to manage symptoms of OCD. These are used in addition to the primary treatment of exposure and response prevention (ERP) therapy.

ERP therapy is suggested as the frontline (meaning the first treatment, before things like medications are attempted) treatment for OCD by many sources. This type of therapy has been shown to sometimes dramatically help OCD symptoms, without any real downsides.

With the help of a trained professional, exposure and response prevention therapy involves intentionally exposing yourself to the thoughts, images, objects, and situations that make you anxious and/or start your obsessions. You then work on the “response” part of the therapy —learning how to avoid engaging in your compulsive behaviors even when facing your triggers.

This process can be anxious at first, and it may seem ineffective, but it has been proven to help with time and dedication. Even if you cannot completely erase your symptoms, learning to control your compulsions can reduce anxiety over time and help you gain a sense of control.

Even if you lapse, you should not feel ashamed or like you have failed. The nature of ERP is that you learn and improve. It is okay to make mistakes and have lapses.

It can be discouraging to have a particularly bad episode of compulsion after ERP has helped to reduce your episodes for a long time. But that does not mean all progress is lost.

A number of medications can be used to treat OCD. Your doctor will determine the best medication options for your situation.

Alternatively, some older tricyclic antidepressants have been shown to help, as have some antipsychotics (although effectiveness of antipsychotics is debated). Evidence suggests antipsychotics are best used to supplement another OCD medication and at the lower range of dosing. Even this evidence is conflicting, with some suggesting antipsychotics should not be used to treat OCD.

Some medications commonly used to treat OCD include:

Of the options available, SSRIs tend to be the first-choice medications that doctors prescribe. While they are still prescription medications with their own set of risks and side effects, they tend to be effective and safer than the alternatives. 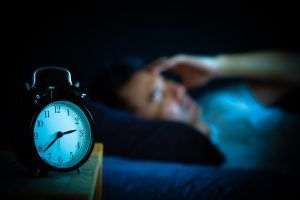 Risks and Downsides of Medications

While safe for most users, SSRIs can have a number of common side effects.

If these side effects persist or are severe, contact your doctor to see if there are alternatives or if anything is wrong.

Children, adolescents, and young adults who take antidepressants sometimes experience suicidal thoughts. If they do, a doctor should be contacted immediately.

Going off an SSRI is a process that should usually involve a doctor. Doses will generally be tapered off to prevent withdrawal symptoms, as the medications can cause physical dependence in users.

Clomipramine has a similar list of side effects but also a greater potential for serious side effects that require immediate attention from a doctor or, in some cases, emergency medical care. These serious symptoms include the following:

As with any medication, always talk to your doctor about what to expect and what potential side effects signal danger. Be honest with your doctor about any health conditions you have and all drugs you take, including illicit and recreational drugs.

Keeping Up With Treatment

The symptoms of OCD can get better or worse with time, unconnected to what treatment you are receiving. It is important to remember this does not mean your treatment is not working (although that is sometimes possible too).

At the same time, it is perfectly acceptable to bring up these concerns with your physician. Some patients end up not needing medication, or they may need to switch medications for better results.