Because of the prevalence of treatment-resistant depression and concerns that many standard forms of depression medication are ineffective or potentially abused, there has been ongoing research to find new ways of addressing major depression. (Learn More)

One potential treatment is ketamine, a dissociative anesthetic that helps the brain produce serotonin. (Learn More) Another is psilocybin, the active compound in psychedelics that might be “the future of mental health.” (Learn More)

Cannabidiol, one of the chemicals in cannabis, has a number of potential health benefits. Using it to help patients with depression is a significant possibility. (Learn More)

The Need for Depression Treatment Advancements

According to estimates from the National Institute of Mental Health, more than 16 million adults in America had experienced at least one episode of a form of clinical depression in a single year.

Depression is a pervasive condition, and the hunt is always on to find a new way of treating it. While traditional models of therapy, medication, and social support have been tried and tested for decades with a good deal of success, many researchers are exploring unconventional and surprising remedies. In 2019, depression treatment advancements include some new drugs and technologies that are making headlines.

One such drug is ketamine, an herbal medication that has been historically used to start and maintain anesthesia. It is a “dissociative anesthetic,” which helps patients feel like they are physically disconnected from their pain. Ketamine is used in a “wide variety of clinical applications,” according to the journal of Anesthesia Essays and Researches — in everything from skin grafts to cardiac catheterization.

Ketamine does not lower the patient’s blood pressure or breathing rate too much, making it a preferred choice for anesthesiologists. There are hallucinogenic effects with ketamine, so it is often administered with another drug to keep patients calm during their procedures. 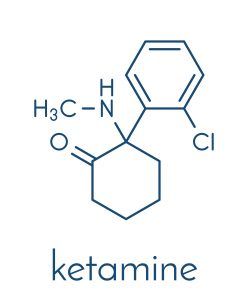 The psychedelic effects of ketamine, such as the dissociation, have led some to wonder if it can be used for other medical applications, and this is where depression comes in. Despite the Drug Enforcement Administration placing ketamine on their Schedule III list of controlled substances in March 2019, the Food and Drug Administration approved a nasal-spray form of ketamine, known as esketamine.

The chief psychiatrist at Yale University called this a “game changer” for treating depression. Ketamine is the “anti-medication medication,” he said, because it works very differently compared to previous drugs.

Valium, for example, is only effective for as long as it is in the patient’s system. When it is completely broken down by the body, patients often experience rebound depression and anxiety.

However, when a patient takes ketamine, it starts reactions in the cortex that help brain connections to repair and even regrow — a process known as neuroplasticity, explains Neural Regeneration Research. What makes ketamine effective is not the presence of ketamine in the body, but the brain’s reaction to the ketamine itself.

Studies conducted at Yale research labs suggest that therapeutic use of ketamine helps the brain adapt better to negative life events by creating new neural pathways, giving patients the chance to form more beneficial thoughts and behaviors (where this may not have previously been possible). Traditional antidepressants have not been shown to produce this effect.

Possibilities and Realities of Esketamine

These experiments are the result of an increasing body of research that identified the regions in the brain that are most susceptible and responsible for the development of major depression. This is what led scientists to use a drug that has a known effect on these regions.

In studies that have used small doses of ketamine, patients have experienced a “significant decrease in depression symptoms after just 24 hours.” Of note is that these are patients who met the criteria for having treatment-resistant depression.

Doctors are keen to point out that for as promising as ketamine seems, it needs to be one component in a comprehensive treatment plan. One doctor at Yale said that it is very unlikely that any dose of ketamine will successfully treat depression. The ketamine might provide benefits, but these benefits need some elements of traditional treatment — cognitive behavioral therapy and social support, for example — in order to be truly effective.

For all the enthusiasm, esketamine has been shown to only be effective when it is taken with an oral antidepressant. It is not generally accepted as a first resort for treatment-resistant depression, and a patient will have to meet very specific criteria in order to receive a prescription for it. The patient must have modern to severe depression, and they must have received at least two other depression medications, both of which were ineffective.

Nonetheless, ketamine (or esketamine) is still making its presence known as a potential breakthrough in the treatment of depression. It holds a lot of promise for 2019 and beyond.

Another unexpected drug that might pave the way for future treatments in depression is psilocybin, the active psychoactive chemical compound in so-called magic mushrooms.

A number of studies have looked at how psilocybin can be used to help patients who have treatment-resistant depression. In one in Scientific Reports, researchers found that such patients reported reduced symptoms for five weeks after being dosed with psilocybin. The theory is that psilocybin “resets” the brains of depressed patients, giving them a temporary jolt to come out of their depressive states.

Similar to some of the effects felt when psilocybin is used recreationally, patients in the study said they felt an “afterglow” effect. Even when the effects of the drug wore off, their minds were working differently than before.

New Scientist writes that the idea of using psychedelics to treat depression is not a new theory, but only recently has it gained steam. One reason for this is that standard antidepressants, like selective serotonin reuptake inhibitors (Zoloft and Prozac), work for only one in five people, and there are serious concerns about side effects.

This has led to a reexamination of psychedelics for their therapeutic properties. Psilocybin is one example. A more controversial one is MDMA, the party drug known as ecstasy.

Ecstasy works by making the brain release a flood of serotonin, the neurotransmitter responsible for regulating moods and emotional functions. This leads to patients feeling a sense of euphoria, which has motivated some researchers to look at how MDMA can be used to help patients with everything from treatment-resistant depression to post-traumatic stress disorder.

CNBC notes that despite the amazing potential offered by psychedelics, they are still sources of substance abuse, and they are technically illegal at the federal level. Even though the research is promising, we are still a very long way from psilocybin and MDMA being widely used as advancements in depression treatment. Like ketamine, they cannot be used without a full complement of standard depression therapy protocols.

The Future of Mental Health

Nonetheless, there is optimism. In 2016, a British-based research team created the first three-dimensional images of the human brain on LSD — another psychedelic that is being studied for its therapeutic applications. They strongly felt that LSD could also address depression by “switching off regions of the brain that are overactive in depression,” and helping patients feel more connected to the people and world around them.

In January 2019, Vox acknowledged that psychedelic drugs could play a big role in the future of mental health. This is notwithstanding the hurdles of changing the entire narrative about using drugs traditionally associated with recreation for treatment purposes.

Looking at the innovations for depression treatment in 2019, Business Insider profiled a drug called SAGE-217 that operates in a “fundamentally different way” than traditional antidepressants. While antidepressants target the serotonin system in the brain, SAGE-217 works on the GABA neurotransmitter. Because of this, say the manufacturers, SAGE-217 works faster and longer than all previous antidepressants.

The CEO of Sage Therapeutics said that patients can go for weeks without having to take a SAGE-217 dose, while many other medications for depression require daily doses.

In early 2019, Sage Therapeutics announced the results of a clinical trial, where 150 women suffering from postpartum depression experienced a relief in their symptoms after being tested with the medication. Researchers conducting the trial were satisfied that SAGE-217 gave patients an improvement in their depression symptoms within just three days of receiving the treatment, and the effects continued for roughly a month. An analyst for JPMorgan noted that SAGE-217 should inspire confidence for treating “the broader population of patients with major depression.”

Business Insider quoted experts who said that SAGE-217 “could be a game changer” for millions of people who have depression that has not been effectively treated by standard medication.

Medical News Today writes that cannabidiol (CBD), one of the natural compounds in marijuana, is being explored as a potential treatment for depression.

There are over 100 compounds in cannabis, some of which (like tetrahydrocannabinol) induce euphoric feelings in users, leading to widespread recreational use. CBD, on the other hand, does not cause that high. Instead, it has a potential host of health benefits, including alleviating symptoms of depression.

A number of studies have shown that CBD interacts with serotonin receptors in the brain. People suffering from depression often have imbalanced serotonin systems, which makes it almost impossible for them to regulate their moods and emotional states. Animal studies have found that therapeutic use of CBD acts as an antidepressant, “exhibiting a clear anti-stress effect after short- or long-term use.”

Additionally, CBD works without triggering the endocannabinoid receptors in the brain, which suggests that a patient taking CBD will not develop a chemical dependence on it.

In 2018, Molecular Neurobiology reported that CBD shows promise as a fast-acting antidepressant. Federal restrictions on the use of cannabis compounds means that the amount of research that can be done is limited, but as The New York Times reports, “the laws governing cannabis and its chemical components have loosened up.”

As more and more states decriminalize marijuana use (and the city of Denver has even decriminalized personal use and possession of psilocybin mushrooms), there is hope that depression treatments will advance well into 2019 and beyond.

What Are the Uses of Ketamine? (October 2017). Medical News Today.

Nobody Can Agree About Antidepressants. Here’s What You Need to Know. (October 2018.) New Scientist.

How a Party Drug Could Become the Next Blockbuster Antidepression Treatment. (September 2017). CNBC.

A Fresh Crop of Promising Drugs Is Poised to Change the Way Depression Is Treated for The First Time in Decades. Here Are the Ones to Watch in 2019. (December 2018). Business Insider.

A Pharma CEO Says A New Depression Drug Could Have Lasting Effects After One Short Course, Like Antibiotics — Here’s What Experts Think. (June 2018). Business Insider.

A Drug That Works Differently From All Existing Depression Drugs Just Got a Big Boost. (January 2019). Business Insider.

7 Benefits and Uses of CBD Oil (Plus Side Effects). (February 2018). Healthline.