Anxiety treatment advancements in 2019 involve a range of options.

Recent research has confirmed the effectiveness of selective serotonin reuptake inhibitors, the primary line of treatment for this condition. (Learn More) Other research has looked at what the gut-brain axis can tell us about alleviating the symptoms of anxiety. (Learn more)

Of all the mental illnesses affecting Americans, anxiety disorders are the most common. According to the Anxiety and Depression Association of America, they strike 40 million adults every year, accounting for 18.1 percent of the American population.

Because of this, the hunt is always on to find more effective methods of treating anxiety disorders. In 2019, for example, researchers at the University of Cincinnati announced the results of a study, which found that selective serotonin reuptake inhibitors (SSRIs) performed best in helping children and adolescents with anxiety disorders. The results, published in the Journal of Clinical Psychiatry in January 2019, found that SSRIs were more effective than 22 other categories of medication. The researchers recommended that SSRIs should be a first-line treatment for children and young people diagnosed with anxiety disorders.

Other cutting-edge research has found ways that anxiety can be controlled. In May 2019, researchers found that patients who show symptoms of anxiety can manage their condition by regulating their diet. A review of studies found that gut microbiota, referring to the innumerable microorganisms that work in the immune and metabolic systems, can regulate brain function.

This is due to the “gut-brain axis,” a signaling network that exists between the gastrointestinal tract and the central nervous system. In effect, the gut and brain “talk” to each other, allowing the brain to control intestinal functions and providing a connection between food and mood.

This has led to some speculation that certain mental health disorders can be treated by regulating the microbiota in the intestines. Researchers at Shanghai Jiao Tong University School of Medicine looked at 21 studies on this topic. They found that patients who had used probiotic food (the “good” variety of bacteria) enjoyed a notable reduction in their anxiety symptoms. Patients who had non-probiotic food, but still ate healthy and had regular diets, also benefited.

While acknowledging that the study was quite small, the researchers were confident in suggesting that “it was positive to treat anxiety symptoms by regulation of intestinal microbiota.”

Other researchers are looking at something called transcranial magnetic stimulation, or TMS. Mayo Clinic explains that TMS is a procedure that uses magnetic fields to stimulate nerve cells in the brain. This has often been used to improve the symptoms of depression in patients suffering from treatment-resistant depression, but some doctors are looking at using TMS to help patients suffering from anxiety.

TMS works by a device delivering repetitive magnetic pulses to the patient’s brain, via an electromagnetic coil. The procedure is painless. The theory is that the pulses will stimulate the regions of the brain that have become negatively affected by depression and perhaps anxiety too.

In April 2019, The Atlantic profiled this use. The clinic that provides the technology to perform TMS procedures explains that the practice “stimulates and resets those regions of the brain” that are overactive. Developers hope they can continue to improve the mechanism behind TMS to “fundamentally alter the brain’s circuitry.” 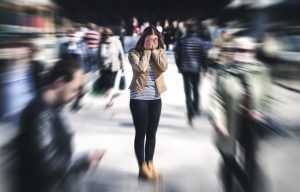 Stress has long been known to be one of the drivers behind the development of anxiety disorders, so a lot of current research is focusing on it. A professor at the University of Alberta is looking at how and why stress affects different people in different ways. The goal is to derive new therapeutic advancements to better treat anxiety disorders.

This theory is based on the body’s natural fight-or-flight response, a function of the sympathetic nervous system that normally protects a person from stressors. For many people, the response subsides when the danger has passed. Research into the topic suggests that the overuse of this response can lead to a person developing anxiety.

The Canadian research team looking into this response is working on reversing the process in anxiety patients, manually turning the stress levels back to a normal level. As part of their work, they discovered a pathway in the brain that could be influenced by a drug to manage anxiety symptoms.

The researchers looked at two hormones: the corticotropin-releasing hormone (CRH), which is the “stress hormone,” and neuropeptide-Y (NPY), the anti-stress hormone that ends the fight-or-flight cycle. Animal tests have found that the release of NPY causes the animal to become less stressed. Under normal circumstances, the exposure to NPY lasts only for a short while, but multiple exposures made animal subjects better equipped to deal with stressful situations for weeks — or even months — after the experiment.

The lab at the University of Alberta broke down the mechanism of the response. First, the output neurons in the amygdala (the region of the brain responsible for controlling emotions and survival instincts) send a signal of imminent danger. Anything that slows down these signals causes anxiolysis (the inhibition of anxiety). CRH, the stress hormone, increases the electrical activity of the neurons in the amygdala, while NPY (the anti-stress hormone) slows them down.

Both CRH and NPY use the same ion channel on the skin (membrane) of the nerve cells. The researchers identified this identical pivot point as key because both the peptides that stimulate or control anxiety use the same one. Manipulating the nerve cell can prevent it from making the CRH protein while allowing access to NYP. Animal tests found that within a week of doing this, the test subjects were more likely to display anxiety-free behavior, and the change persisted for up to eight weeks.

This gives researchers a better understanding of how that area of the brain works. They hope that future anti-anxiety drugs will target that mechanism to help patients control their fight-or-flight responses.

One of the most talked-about treatment advancements for anxiety in 2019 is ketamine. Ketamine is a dissociative anesthetic, but it is being widely discussed for its treatment of mood disorders, specifically treatment-resistant depression. Now, researchers are exploring the use of ketamine for other mental illnesses, including post-traumatic stress disorder and anxiety disorders.

Most treatments for anxiety are still based on standard pharmaceuticals, like selective serotonin reuptake inhibitors and benzodiazepines. But estimates suggest that as many as 40 percent of patients will not achieve lasting relief for their anxiety, even when the medications are consumed in conjunction with evidence-based therapies, like cognitive behavioral therapy. 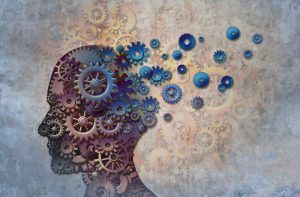 The research into ketamine focuses on glutamate, a neurotransmitter that mediates the stress response and is also part of the formation of traumatic memories. By its chemical nature, ketamine is a glutamatergic receptor antagonist.

The fact that it can serve as an antidepressant and anti-anxiety agent is likely linked to its ability to activate synaptic plasticity — the function of the synapses in the brain to respond to chemical activity. Synapses are largely responsible for the formation of memory, so their ability to strengthen or weaken due to electrical activity in the brain is one of the most important neurological functions.

Standard antidepressants can take a number of weeks to work on synaptic plasticity, but ketamine appears to enact such changes in just a matter of hours. One of the doctors working on this research explained that the current thinking about using traditional anti-anxiety medication is that the brain will experience positive changes 6 to 12 weeks after treatment begins. With ketamine, “these can occur within 24 hours of the infusion.”

There is an increasing base of evidence that suggests that ketamine is an effective form of treatment with an array of anxiety disorders. The International Journal of Neuropsychopharmacology wrote of a small study of patients who had generalized anxiety disorder and/or seasonal affective disorder. They received three ascending doses of ketamine, and another group of patients received midazolam. Patients who received the ketamine had better scores on a questionnaire the researchers gave them about their fears than those who took the midazolam.

In the Journal of Psychopharmacology, other researchers conducting their own study found that patients who took ketamine reported reduced anxiety within an hour of the dose, and the improvement lasted for seven days. A follow-up study found that 18 of the 20 patients who received ketamine for general or seasonal anxiety “reported ongoing improvements in social functioning and/or work functioning.”

Facts and Statistics. Anxiety and Depression Association of America.

The Simplified Guide to the Gut-Brain Axis – How the Gut and The Brain Talk to Each Other. (June 2017). Psych Scene Hub.

Anxiety Might Be Alleviated By Regulating Gut Bacteria. (May 2019). Science Daily.

Emotional Memory: What Does the Amygdala Do? (May 1997). Current Biology.

The Effects of Ketamine on Prefrontal Glutamate Neurotransmission in Healthy And Depressed Subjects. (June 2018). Neuropsychopharmacology.