Bipolar disorder is a mental illness characterized by episodes of mania and depression.

Bipolar disorder is a lifelong condition, but it can be treated with psychotherapy and medication. (Learn More)

In combination with medication, talk therapy (psychotherapy) can be an effective way to control bipolar symptoms. You can learn strategies to manage stress and avoid triggering manic or depressive episodes as frequently. A psychiatrist or similar professional can also help you and your family understand your condition better, so it induces less anxiety and those close to you can help you more effectively. (Learn More)

The effectiveness of antidepressants when treating bipolar disorder is hotly debated, but in theory, they are meant to control depressive episodes. They can trigger manic episodes, so they must be used with either mood stabilizers or antipsychotics. (Learn More)

Any medication used to treat bipolar disorder has risks and downsides. You should always talk to your doctor about the nature of any medication you will be taking.

Learn about any drugs it may interact poorly with, and be honest about any medical conditions you have or any drugs you already use, including alcohol. Ask about what to expect in terms of side effects and what should be considered a sign of danger or warrant medical attention. (Learn More)

As a general rule, avoid alternative medicine when treating your bipolar disorder. These medications and supplements are not usually recommended by doctors because they tend to be understudied, under regulated, and sometimes even dangerous.

If you are going to take an alternative treatment for bipolar disorder, first consult your doctor. Do not stop your current treatment without consent from your doctor. (Learn More) 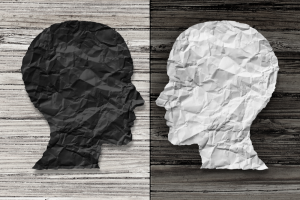 Bipolar disorder, sometimes called manic depression, is a mental illness characterized by unusual shifts in mood, energy, activity levels, and productivity. There are several variations of the disorder, and some people deal with more severe episodes than others.

The same person may experience episodes of different severities. They will also have lulls between episodes where they have balanced levels of energy and stabilized moods, much like most people do.

Bipolar disorder is a lifelong illness that can strain work, social relationships, and general quality of life. However, with psychotherapy and medication, its symptoms can be managed, allowing a person to gain more control over the disorder.

If you believe you have bipolar disorder, talk to a licensed psychiatrist for their input and to learn what treatments will work best for you. Based on their assessment, a treatment plan can be laid out to give you the best chance of controlling your symptoms.

How Psychotherapy Can Help

While it will need to be used in conjunction with medication, psychotherapy can be an effective way to help with bipolar symptoms. There are a few types of psychotherapy that are notably useful for treating bipolar disorder.

Properly controlling bipolar symptoms usually involves medication, even though psychotherapy can be an incredibly valuable addition to the overall treatment plan.

While other medications are occasionally used, such as benzodiazepines, there are three primary categories of drugs used to treat bipolar disorder. A fourth category is more or less just a combination of two of the prior three. 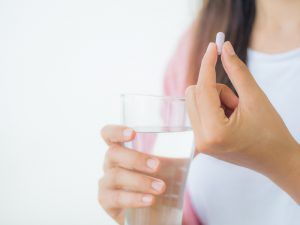 Risks and Downsides of Medications

The medications used to treat bipolar disorder can have a number of negative side effects.

Always be honest with your doctor when being prescribed medication. Your doctor needs to know about any medical conditions you have and any drugs you use, including recreational or illicit drugs.

Be Wary of Alternative Medicine

Some people choose to use alternative medicine and herbal supplements to treat their bipolar disorder. Never stop your physician-prescribed treatment plan, even if you are going to take an alternative or supplemental treatment.

Most alternative medicine that is used to treat bipolar disorder has little or no research done on its effectiveness. In many cases, the medicine will be ineffective, and in some cases, it may even prove dangerous.

If you are considering taking any kind of medication or supplement to help with bipolar disorder, discuss it with your doctor first.

Bipolar Medications: Everything You Need to Know. (February 2019). MedicalNewsToday.