Premature ejaculation (PE) happens when a man climaxes and ejaculates before he wants to during a sexual encounter. While occasional PE is normal, continuously experiencing this issue indicates a medical condition that can wreak havoc on your self-esteem and sex life. (Learn More)

Most cases of premature ejaculation are caused by psychological issues like depression, anxiety, and trauma. More rarely, PE may be caused by physical problems like thyroid problems or multiple sclerosis. (Learn More)

Sertraline is an antidepressant medication that boosts feelings of well-being by affecting the levels of serotonin, a neurotransmitter linked to mood. Since many cases of PE are caused by depression and anxiety, antidepressant treatment may be helpful in overcoming premature ejaculation. Delayed ejaculation may also be a physical side effect of sertraline. (Learn More)

While research into premature ejaculation treatment is currently ongoing, it has indicated that sertraline may be an effective medication option for those suffering from the condition. (Learn More)

Common side effects of sertraline may include insomnia, fatigue, and decreased sex drive. There are some serious side effects and possible risks with sertraline use, including suicidal thoughts, impulsive behavior, and new or worsened depression. (Learn More)

When a man reaches climax and ejaculates too quickly, without control, this is premature ejaculation (PE).

While occasional ejaculation problems are likely no cause for concern, especially during times of anxiety or overexcitement, continuous premature ejaculation may be considered a medical problem when it becomes an ongoing issue that affects relationships or self-esteem. 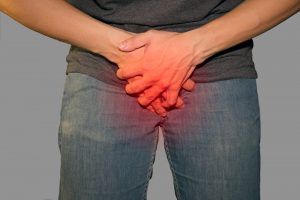 Psychological causes of premature ejaculation may include the following:

Sertaline is an antidepressant medication prescribed for major depressive disorders and conditions that include post-traumatic stress disorder (PTSD), premenstrual dysphoric disorder, and some anxiety and panic disorders.

Sertaline is classified as a selective serotonin reuptake inhibitor (SSRI). It works by affecting the way serotonin — usually referred to as a chemical neurotransmitter, though some consider it a hormone — is absorbed.

Serotonin plays an important role in many functions of the body and central nervous system. Although serotonin’s exact link to depression is not fully understood, the connection between lower serotonin rates has long been studied and considered a factor in depression treatment in medication.

SSRIs slow the reabsorption of serotonin. As a neurotransmitter, serotonin transmits “messages” (electric impulses) from one neuron to another before being quickly reabsorbed. SSRI slows that reabsorption, allowing serotonin to stay in that in-between-neuron place (known as the synaptic gap) for longer. The serotonin gets to send more messages to the receiving neuron, and this is thought to have an antidepressant, mood-enhancing effect.

Because most psychological causes of premature ejaculation (PE) relate to depression and anxiety, sertraline’s antidepressant and mood-boosting properties are thought to be an effective treatment option for many men who suffer from PE.

In addition, one of sertraline’s physical side effects may be a delay in ejaculation. 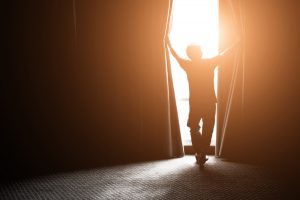 Does Sertaline Have Any Dangers or Side Effects?

More common side effects of sertraline may include the following:

Sertaline may also have more serious dangers and side effects.

The Food and Drug Administration (FDA) has labeled sertraline with a “black box warning” due to the possibility that it may cause suicide and suicidal thoughts. A black box warning is the most serious warning label from the FDA, alerting medical professionals and patients about potential dangers.

Serotonin-affecting drugs like sertraline may cause serotonin syndrome, a serious and possibly life-threatening condition that can cause hallucinations, increased heart rate, vomiting, seizures, and muscle tremors.

The following are other serious side effects:

Sertraline may also interfere with other drugs, so you should discuss any other medications or supplements you are taking with your doctor.

What Has Serotonin to Do With Depression? (June 2015). World Psychiatry.

Comparison Between On-Demand Use of Sertaline and Dapoxetine for Treatment of Patients with Premature Ejaculation. (December 2016). Human Andrology.