Bronchospasms occur when the muscles that line the airways of the lungs constrict, which restricts airflow and causes a person to cough, wheeze, and otherwise have trouble breathing. A variety of health conditions can cause this, but it is most often associated with asthma.

Ventolin HFA is a prescription inhaled medicine that can help with bronchospasms. (Learn More)

One study showed about 3 percent of people who use Ventolin HFA report adverse symptoms. Generally, these symptoms are not extremely serious, although those with a heart condition should discuss any risks with their doctor. (Learn More)

Ventolin does carry some serious risks for a minority of patients. It can cause a severe allergic reaction in some, which can be very dangerous. It has a list of known serious side effects that could signal a larger problem. Patients should become familiar with these risks before taking the drug. (Learn More)

It was once thought that Ventolin HFA and other inhaler medications could cause serious problems with pregnancy and birth. While you should still discuss any intention to become pregnant with a doctor, it will still usually be okay to use your inhaler. Your dosage and medication may change if you are pregnant. (Learn More)

Generally, Ventolin HFA is about as safe a prescription medication as possible. It should only be taken properly and has notable risks associated with it.

It can effectively treat bronchospasms, which can sometimes be very dangerous. If your doctor thinks Ventolin may be a good fit for your needs, take their suggestion seriously. (Learn More)

Ventolin HFA (hydrofluoroalkane) is a prescription inhaled medicine that is used to treat bronchospasms, generally for those who suffer from asthma.

The medication is appropriate for people over the age of 4, barring those who are allergic to albuterol sulfate or any of the ingredients. Discuss any allergies with your doctor.

Bronchospasms occur when the muscles that line the airways of the lungs constrict, restricting airflow. This causes a person to cough, wheeze, or otherwise have difficulty breathing. In severe cases, this can dangerously cut off how much oxygen is able to get to your brain.

Inhalant medications like Ventolin can improve airflow, but they should only be taken as directed and in the recommended dosages. Talk to your doctor about how to properly use your inhaler. Misuse of Ventolin HFA can be dangerous. 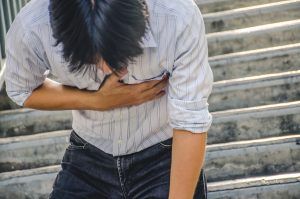 While Ventolin HFA can certainly help people suffering from bronchospasms, the medication still has its own set of potential downsides.

The following are some of Ventolin HFA’s potential side effects:

These adverse effects seem to affect less than 3 percent of adolescent and adult users, according to one study. While these symptoms are not totally uncommon, they should be reported to a doctor if they are serious.

Because of its effect on the heart, those with heart conditions should discuss their health status with their doctor to see if Ventolin HFA is right for them.

Signs of an allergic reaction to Ventolin HFA, which warrants immediately calling 911, include rash, hives, breathing problems, and swelling of the face, mouth, and tongue.

Call your doctor if you experience especially severe or long-lasting side effects or if Ventolin HFA stops helping with your bronchospasms. If you believe you may be in immediate danger, call 911 instead.

Some known serious side effects that warrant immediately contacting your doctor include: 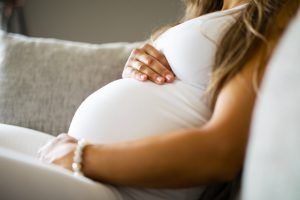 It was once thought that Ventolin HFA and similar drugs may potentially cause complications with pregnancy. This required the benefits of the drug be weighed against any potential harm it may cause.

However, these medications are now known to generally be safe while you are pregnant. The risk associated with a fetus potentially not getting enough oxygen during an asthma attack are also very serious, so the benefits of the medication outweigh the downsides of use.

If you learn you are pregnant or intend to become pregnant, discuss this with your doctor. Your doctor may decide to adjust your dosage or change your medication to reduce any even minor risk to the fetus.

Like essentially any prescription medication, Ventolin HFA carries risks. An honest and direct conversation with your doctor can manage most of those risks. Discuss what medications you are currently on, the symptoms you experience both before and while on the drug, and how to properly use your inhaler.

Generally, Ventolin HFA should not cause major issues if used properly. It can help to dramatically reduce and even potentially prevent bronchospasms. While the drug won’t be for everyone, and it can even be dangerous under specific conditions, its benefits can be great if it is right for you.

Is it Safe to Use an Asthma Inhaler During Pregnancy? Baby Centre.