About one in three adults in the U.S. has high blood pressure, or hypertension — a disease in which pressure in the body’s arteries is higher than it should be. (Learn More)

Many people with high blood pressure also suffer from allergies, which occur when the body’s immune system has a hypersensitive response to a usually benign substance and releases chemicals that trigger inflammation. This results in common allergic symptoms like runny nose, watery eyes, and congestion. (Learn More)

Before starting any medication, including allergy medication, it’s a good idea to talk with your doctor about your symptoms and concerns, particularly if you have a known history of high blood pressure. (Learn More)

If you have high blood pressure, decongestants shouldn’t be used as an allergy medication, as they may increase blood pressure and heart rate. (Learn More)

Antihistamines are considered a safer choice for those with high blood pressure. Second-generation options like Zyrtec have fewer side effects.

Combination allergy drugs that combine antihistamines and decongestants should not be used by those with hypertension. (Learn More)

Anti-inflammatories, or corticosteroids, use steroids to treat inflammation or irritation caused by allergies. 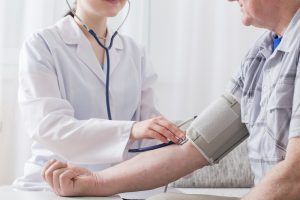 As the heart pumps blood throughout the body, it travels through arteries. The arteries are an important part of the body’s circulation system, carrying (mostly oxygenated) blood to the tissues of the body.

The force of the blood pushing against the artery walls as blood is being pumped from the heart is called blood pressure.

High blood pressure, or hypertension, is a disease in which pressure in the body’s arteries is higher than it should be. If the blood pressure remains high for an extended period, it can lead to many health complications and problems, including heart disease, stroke, kidney failure, and vision loss.

About one in three adults in the U.S. has high blood pressure, amounting to approximately 75 million people.

Allergies are due to the immune system having an extreme response to a substance that is normally nonthreatening.

A person can develop an allergy to a substance at any time, as their body can begin to “reject” it at any time.

Common airborne allergens are pollen, dust mites, mold, and pet dander. Latex and other materials can result in skin allergies that lead to rash and other irritations. 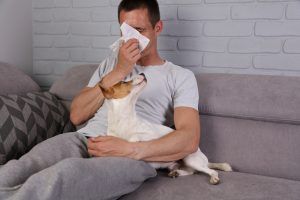 Generally, allergies don’t directly affect blood pressure. However, nasal congestion from allergies can sometimes interfere with sleep at night, causing or worsening sleep apnea (a type of snoring that creates a gasping-for-breath sensation). This can impact blood pressure.

Sleep apnea is a serious condition. See a doctor if you suspect it may be an issue.

Talk to Your Doctor

Generally, there are three types of allergy medications: decongestants, antihistamines, and anti-inflammatories.

Remember that many people with hypertension don’t even realize they have blood pressure issues. Check with your doctor about blood pressure, especially if you have other medical conditions or are on other medications, or if you have a family history of heart problems, diabetes, stroke, or kidney problems. 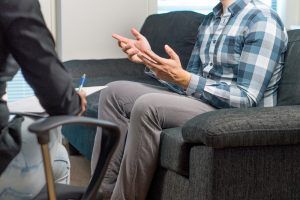 If you have high blood pressure, decongestants are the type of allergy medication you want to avoid. The most common types available are phenylephrine and pseudoephedrine.

Decongestants work by narrowing the blood vessels, which reduces inflammation in the nasal passages by shrinking swollen mucous membranes. This provides relief from many allergy symptoms.

This narrowing of the blood vessels, also called vasoconstriction, can also occur throughout the body and cause an increase in blood pressure.

Decongestants can reduce the effects of hypertension medication, potentially leading to a loss of blood pressure control.

Some decongestants, particularly pseudoephedrine, may also increase heart rate and the risk of heart rhythm disturbances.

Zyrtec and Other Antihistamines

Antihistamines work by blocking the effects of histamine, an inflammation-causing substance that’s released during an allergic reaction.

Although they are safer for the heart and blood pressure, antihistamines have some undesirable side effects, including drowsiness, overheating, and blurred vision. They also shouldn’t be used during pregnancy, and they can interact with other substances and drugs.

Zyrtec is a popular over-the-counter antihistamine medicine (a brand-name version of cetirizine) and generally considered a safe choice for those with high blood pressure. Zyrtec is less likely to cause extreme drowsiness and other side effects than first-generation antihistamines. Even though Zyrtec is an over-the-counter medication, anyone with hypertension should consult with a health care provider before using it.

Antihistamine-decongestant drugs (commonly marked with a “D” after the antihistamine name) should not be used by those with high blood pressure. 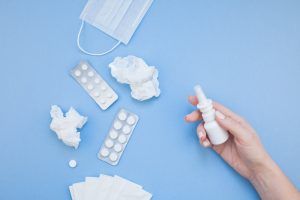 Anti-inflammatories, or corticosteroids, lessen swelling and pain that are due to allergies. The most common type of corticosteroids used to treat allergies are intranasal sprays, or nasal steroid sprays.

When taken properly, they have minimal side effects, though some users may experience dryness in the nose and headache. They are considered a safer option for people with high blood pressure, as long as they are taken at the proper dosage.

Taking too high of a dose of corticosteroids can result in salt and water retention, which can lead to increased blood pressure.

The Role of Arteries in the Circulatory System. (October 11, 2018). Verywell Health.

Everything You Need to Know About Allergies. (October 24, 2017). Medical News Today.

5 Surprising Facts About High Blood Pressure. (May 27, 2016). Centers for Disease Control and Prevention.

What Allergy Medicines Can I Safely Take if I Have Heart Disease or High Blood Pressure? (May 2018). Oklahoma Heart Institute.