ADD/ADHD medications are safe when used according to their prescribed instructions by those who have the disorder. They can be dangerous if abused.

Attention deficit hyperactivity disorder (ADHD) affects millions of people around the globe. This lifelong condition can make it difficult to focus, remain calm, and function fully in virtually all aspects of life. ADHD symptoms can be managed with prescription medications. (Learn More)

There are generally two types of medications prescribed for ADHD: stimulants and nonstimulants.

Most users will find stimulants to be their best option. These medications work for 70 to 80 percent of users.

Overall, these drugs work well for the majority of users. If you begin taking ADD/ADHD medications, monitor yourself for unwanted changes, and alert your doctor of any problems that you notice.

ADHD medications are not without risk, but they can improve a patient’s quality of life when used properly. (Learn More) 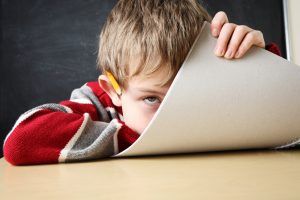 Attention deficit hyperactivity disorder (ADHD) is a relatively common disorder. People with ADHD generally struggle with paying attention for long periods of time and excessive energy. The condition is lifelong, but its symptoms can be treated with medication and behavioral therapy.

It is estimated that 1 in 20 children has the disorder, which means many children are currently taking drugs to treat it.

One estimate says that at least 1.5 million adults worldwide are taking stimulants to treat ADHD. While ADHD is most commonly diagnosed in children, often as a result of how it impacts academic performance, it is a chronic condition that can affect a person’s work and social life as they grow up.

You may have also heard the term attention deficit disorder (ADD). This term was once in use but is now outdated. The symptoms associated with ADD now fit into a type of ADHD: inattentive ADHD. This is categorized by problems with attention, but less so with hyperactivity.

ADD is not used in modern diagnoses. It is encompassed in diagnoses of ADHD.

What Drugs Are Used to Treat ADHD?

There are a number of drugs that are used to treat ADHD directly. They can broadly be put into two groups: stimulants and nonstimulants.

Stimulants have been used for a long time to treat ADHD, and they are effective for 70 to 80 percent of users. Despite the name, stimulants can help those with ADHD remain calm.

Nonstimulants are newer. They carry some serious risks, discussed later, but they can be helpful for those who respond poorly to stimulants.

Stimulants tend to use either a form of methylphenidate or amphetamine, depending on what is best for the individual patient’s needs. They are believed to work by increasing levels of dopamine in the brain, which helps with attention and motivation.

Nonstimulants, which include the drugs atomoxetine, guanfacine, and clonidine, work slightly differently. These drugs are often able to improve concentration and impulse control, but they are notably less studied and shown to be generally less effective than stimulants. This, coupled with their potential side effects, makes them less desirable than stimulants when that option is available.

ADHD medications work best in conjunction with other treatments, such as behavioral therapies and lifestyle changes.

Risks and Downsides of Stimulants

The use of stimulants to treat ADHD symptoms carries a number of known risks, including:

On top of these risks are the potential for stimulants to produce unwanted side effects. Stimulants can cause appetite loss, weight loss, sleep problems, crankiness, and tics. These symptoms are usually not permanent, dissipating if you stop taking the medication.

Talk to your doctor about these symptoms, especially tics. Do not stop taking your medication or take unprescribed medications to treat any side effects.

Risks and Downsides of Nonstimulants

Nonstimulants are newer and less studied, meaning they may carry a greater risk of unknown dangers compared to stimulants.

As already noted, they are generally less effective than stimulants at treating the same symptoms. They come with a number of their own risks, including:

More commonly, nonstimulants may cause fatigue, upset stomach, dry mouth, and nausea. You may also see a rise in blood pressure if you stop taking them.

Are These Drugs Dangerous?

ADHD medications can be potentially life-threatening for a minority of users. If you have a history of cardiovascular problems, seizures, suicidal thoughts, or drug abuse, you should discuss these issues with a doctor when determining what medication best fits your needs.

Careful monitoring of your health and how your medications affect you should mitigate many of the most serious risks associated with the medication. If you experience a change that is serious or otherwise poses a detriment to your quality of life, contact your doctor as soon as possible. Never take more medication than prescribed, and do not try to treat any side effects without consulting a doctor.

These medications are on the market for a reason. It has been determined that they generally represent a net positive impact on those with ADHD. They can help to control symptoms and dramatically improve the quality of one’s work, education, and social life. At the same time, they are fairly serious prescription drugs and should be used with awareness and caution.

Symptoms and Diagnosis of ADHD. (December 14, 2018). Centers for Disease Control and Prevention.

Treatment of ADHD. (December 14, 2018). Centers for Disease Control and Prevention..

Dealing with ADHD: What You Need to Know. (October 12, 2016). Food and Drug Administration.

What is the difference between ADD and ADHD? (December 12, 2018). Medical News Today.