Adderall is a stimulant, a class of drug commonly used to treat ADHD. Stimulants like Adderall work for about 70 to 80 percent of users, which means they work for most people, but not everyone.

In addition to FDA-approved nonstimulants, some people are prescribed the antidepressant Wellbutrin to treat ADHD symptoms when other options prove dangerous or ineffective. (Learn More)

The use of Adderall to treat ADHD is well researched and proven in its effectiveness. Stimulants are first-choice drugs for treating ADHD for this reason. (Learn More)

Despite its positive effects, Adderall has a relatively high rate of abuse. It also poses a number of risks, especially to those with heart problems, and it can have many uncomfortable and even quite serious side effects. (Learn More)

Wellbutrin can be most advantageous for people who are unable to take stimulants and nonstimulants. While research is lacking, Wellbutrin is at least confirmed to treat the symptoms of ADHD better than a placebo. (Learn More)

At the same time, Wellbutrin is not an FDA-approved treatment for ADD/ADHD. The research that does exist does not suggest it is as effective as other medications to treat the disorder.

Wellbutrin can also have its own side effects. While the majority are not concerning, some can lead to danger in some patients (such as a minority of users reporting seizures). (Learn More)

Overall, stimulants like Adderall will be the best first choice for most people struggling with ADHD symptoms. If these prove ineffective or dangerous, most doctors will then prescribe one of the FDA-approved nonstimulant options.

Antidepressants like Wellbutrin may be an acceptable choice for those who can’t take stimulants or nonstimulants for any reason. Wellbutrin can be of some help, even if it is statistically less effective than the alternatives. (Learn More) 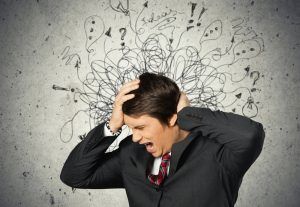 Adderall is a central nervous system stimulant that is frequently used to treat attention deficit hyperactivity disorder (ADHD). Stimulants are a class of medications that can help keep a person with ADHD focused and calm.

These drugs work for approximately three-quarters of users. They work best in conjunction with behavioral therapy and lifestyle changes. To effectively manage ADHD, medication is generally not sufficient on its own.

Wellbutrin is an aminoketone antidepressant, most commonly used to treat major depression and seasonal affective disorder (sometimes called SAD). Although not approved for such use by the FDA, it is sometimes used to treat ADHD. How Wellbutrin directly helps with ADHD symptoms is not fully understood.

ADD is an older diagnosis. These cases are now encompassed under a category of ADHD.

Adderall is an FDA-approved stimulant for the treatment of ADHD. The advantages, risks, and overall effectiveness of stimulants are fairly well researched. Of stimulants, nonstimulants, and antidepressants, stimulants like Adderall are proven to be the most effective type of medication for treating the symptoms of ADHD.

While not equally effective for all users, stimulants are statistically the best starting point to treat ADHD. Adderall is proven to help many people control their ADHD symptoms and improve their quality of life.

Adderall has a risk of abuse. People are able to crush up the medication and snort it for a high. This type of abuse is unfortunately relatively common, and users (or the guardians of users) should be aware of this risk. Stimulants are more commonly abused by people who do not have ADHD than by people who do.

Stimulants can exacerbate cardiovascular problems and should only be prescribed with caution if someone has a history of heart problems. They have been linked to an increased risk of stroke and sudden death but specifically in those with pre-existing conditions.

Stimulants can also lead to growth suppression. People who take stimulants while growing are slightly shorter and weigh less on average. It is worth noting that it is not by a wide margin, but it is a statistically significant degree regardless.

Adderall can cause the following common side effects:

Only take Adderall as prescribed. Make sure you make your prescriber aware of any other medications you are on, as Adderall can react poorly with many medications. If you ever experience side effects that seem serious, even if they are common, report them to your doctor as soon as possible.

The following are more serious side effects of Adderall:

Adderall’s more serious side effects can manifest in a variety of ways, and the above is not an exhaustive list. Always report serious symptoms to a doctor. If a person of Adderall ever has trouble breathing, loses consciousness, or has great difficulty being awoken, call 911 immediately.

Adderall simply doesn’t react well with some people. It may not help some people with their ADHD symptoms, or they may manifest dangerous or otherwise intolerable side effects. Although this is not the norm, some people may find alternatives like nonstimulants or even antidepressants like Wellbutrin provide better results.

Wellbutrin represents an alternative to FDA-approved treatments for ADHD. Antidepressants are a good option for those who otherwise are not getting the results they need with traditional ADHD treatments.

Although the FDA has not approved Wellbutrin for this purpose, there is also evidence it at least can have a statistically significant effect on symptoms. Additionally, it does not cause great harm to most users. It is not shown to make symptoms any worse than a placebo.

Wellbutrin has two major disadvantages when compared to stimulants like Adderall, as well as number of notable risks and side effects.

The first big disadvantage is that the drug is not approved by the FDA to treat ADHD (although it is approved for other uses). As a result, it is not well researched for this purpose.

Second, Wellbutrin seems to only have a mild effect on ADHD symptoms. While statistically significant, it alone will not produce the effect most patients desire.

Wellbutrin has vaguely similar side effects to Adderall, including the following:

Its more serious side effects include the following:

As with any drug, always report serious side effects, including those not on the above lists.

Which Is Right for You?

When comparing Wellbutrin to Adderall for ADHD, Adderall is the clear winner for most people. If you have ADHD and have not tried either medication, you will generally first be put on a stimulant. The exception is if you have known heart problems, where the doctor will need to more carefully weigh the risks and benefits.

When stimulants are not a good choice for you, or they have proven in some way ineffective, you will then usually be put on nonstimulants. While the name might imply antidepressants fall under this umbrella, nonstimulants refer to a few FDA-approved drugs that are proven to help with ADHD symptoms. They are generally less effective than stimulants but can be a good alternative choice for some people.

Antidepressants are not FDA-approved to treat ADHD. There is still more research that should be done. The existing research suggests drugs like Wellbutrin are simply not as effective as the alternatives in the majority of cases. This is not to say this option is wrong for every patient. Some patients may need an alternative to the FDA-approved options for a variety of legitimate reasons.

All things being equal, it is likely you will want to try Adderall (or similar drugs) before Wellbutrin. The only exception will be those who have already tried the alternatives or whose doctors decide that traditional treatments pose too much risk.

Symptoms and Diagnosis of ADHD. (December 14, 2018). Centers for Disease Control and Prevention.

Treatment of ADHD. (December 14, 2018). Centers for Disease Control and Prevention..

Dealing With ADHD: What You Need to Know. (October 12, 2016). Food and Drug Administration.

What Is the Difference Between ADD and ADHD? (December 12, 2018). Medical News Today.