Allergies and sinusitis can manifest in similar ways, but they are treated differently. As a result, it’s important to identify the differences between the two conditions. (Learn More: Differences Between Allergies and Sinusitis)

Some kinds of allergies cause you to have a runny nose and sneeze often. (Learn More: What Symptoms Do Sinusitis and Allergies Have in Common?)

This resembles the symptoms of other ailments, such as the common cold or sinusitis. Thankfully, there are ways to tell them apart. Sinusitis in an infection, so it is often accompanied by yellow or greenish mucus. It also involves headaches and pain in the sinus cavity. There are various medications that can effectively treat both allergies and sinusitis. (Learn More: How Each Condition Is Treated)

Sinusitis, also called a sinus infection or acute sinusitis, occurs when your sinuses (inner part of your nose) swells and become inflamed. The swelling in your nasal passages may make breathing more difficult.

This swelling and irritation may cause mucus to build up. Sinusitis often occurs during or after a common cold. You may also feel other symptoms like the following:

In some cases, you may develop a bacterial infection that makes your acute sinusitis last a few days, but these infections generally go away within a few days. You can develop chronic sinusitis if you have an infection that lasts 12 days or longer.

Sinusitis also has different stages depending on how long you have had it or how often it affects you.

There are several different types of allergies, such as allergies to food, insect bites or stings, chemicals, or airborne items. Allergies caused by airborne substances are often also called seasonal allergies or hay fever because pollen is more common during certain times of the year. 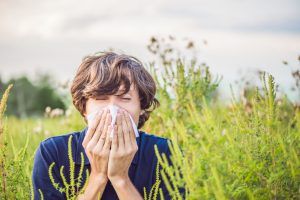 Allergies are caused by a reaction in your immune system when it contacts something your body perceives to be both foreign and bad for you. Food, insect, and chemical allergies often cause symptoms like shock, sudden difficulty breathing, and even tingling.

Seasonal allergies often result in symptoms that are similar to sinusitis.

Differences Between Allergies and Sinusitis

Since both conditions result in inflammation of the nose, sneezing, and a runny nose, you can confuse one for the other if you do not monitor your health. But there are some differences that can help you determine which health issue is present.

How Each Condition Is Treated

Despite the symptoms they have in common, you need to be mindful of the treatments used for either sinusitis or allergies.

What are the main differences between allergies and sinusitis?

The cause of allergies and sinusitis are fundamentally different. Sinus infections are associated with the common cold, bacterial infections, or the flu.

Seasonal allergies (hay fever) that cause sinusitis-like symptoms are caused by the same immune system reactions that cause eczema and anaphylactic shock in some people.

You can experience either one or both of these conditions. If you have allergies, pay closer attention to your symptoms, so you do not inadvertently rule out a sinus infection.

What do allergies and sinusitis have in common?

Many of the symptoms of allergies from airborne substances, such as pollen, dirt, dust, or mold, are similar to those of sinusitis. In both instances, you can experience congestion, runny nose, and difficulty breathing through your nasal passages.

Are there any medications that treat these conditions?

Yes, plenty of medications can treat your allergies or sinusitis.
You can use decongestants for both allergies and sinusitis to break up mucus and breathe more easily. Antihistamines work effectively to make your allergies easier to live with.

Sinusitis requires a more nuanced approach depending on how long you have had it. Most often, rest, proper nutrition, and hydration are needed. Home remedies, such as breathing in water vapor, can alleviate sinusitis as well. Pain relievers can help you with the headaches, facial and tooth pain, and pressure you may feel if your sinuses are blocked for too long. 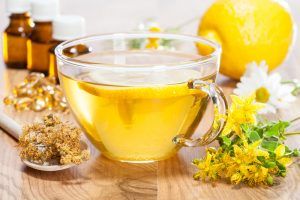 In some cases you will also need to take antibiotics if your sinusitis is caused by bacteria. You may develop chronic or recurrent sinusitis, which means you may experience this condition for 12 weeks or longer, or it recurs a few times per year.

Do You Have Allergies or a Sinus Infection? (November 2018). Healthline.