HIV is a serious, but treatable, infection that occurs due to an exchange of bodily fluids. (Learn More) One of the earliest symptoms of an HIV infection can be a rash on the skin. (Learn More)

HIV rashes often appear like most other types of rashes, such as those due to allergies or other conditions. (Learn More) The accompanying symptoms associated with HIV may be the best signs that your rash is due to HIV. (Learn More)

There are some other approaches you can use to reduce any discomfort associated with the rash. (Learn More) Check with your physician if you suspect that any rash you develop is due to HIV. (Learn more)

The human immunodeficiency viruses (HIV) occur as a result of contact or transfer of bodily fluids, particularly blood, semen, or vaginal fluids.

If you are infected with the HIV virus, you may develop acquired immunodeficiency syndrome (AIDS), a progressive failure of the immune system that can result in life-threatening conditions.

Today, HIV treatments have been successful in reducing fatalities associated with the infection. Most of these treatments involve the use of antiretroviral drugs.

Rashes Can Be an Early Symptom of HIV

A rash can be an early symptom of HIV. Like many of the other symptoms that occur with HIV, people often attribute the rash to something else.

According to the University of California at San Diego, nearly 90 percent of people with HIV experience skin changes like rashes at some stage of the disease.

How Is It Different From Other Rashes?

The rash that develops as a result of an HIV infection has no specific attributes to identify it from other types of rashes.

It most often appears as a reddish, flattened area on the skin that is covered with small red bumps. Itchiness is the primary symptom of the rash. It can appear on any part of the body, but it is most common on the face and chest.

Rashes can range in severity, and some may cause serious harm to the skin. Other conditions may also occur that produce rashes.

Seborrheic dermatitis is a skin disorder that mainly affects the scalp, but it can also affect the face and body. It may appear more often on the oilier parts of the skin as a mild redness, a yellow flakiness, or scaly skin. It can cause scaly patches on the face and behind the ears or on other parts of the body. This disorder is not unique to HIV and may appear in other immune system disorders.

Antiretroviral drugs used to treat HIV can also produce severe rashes associated with disorders like Stevens-Johnson syndrome (SJS) that can lead to blisters, fever, and swelling of the tongue. 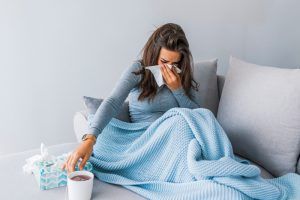 In some cases, a rash is the only symptom that you may have an HIV infection. The development of a rash is a signal that your immune system has been compromised.

Other symptoms, in conjunction with a rash, will often develop. These should prompt a doctor’s visit. These symptoms can include the following:

In some people, severe rashes like psoriasis may develop. These are typically scaly with peeling skin in addition to the rash.

Cellulitis, an infection of the skin, can develop if the rashes are severe. However, if you develop this infection, it does not necessarily mean you have HIV.

Thanks to advancements in the treatment of HIV, problems with HIV-related skin issues are much easier to treat and becoming less common.

Medications are the most common forms of treatment for HIV rashes. Over-the-counter medications like hydrocortisone creams or Benadryl (diphenhydramine) can address the itchiness associated with HIV rashes and also reduce rash breakouts.

In rare cases, prescription medications may be needed. Consult with your physician if over-the-counter medications do not work for you. 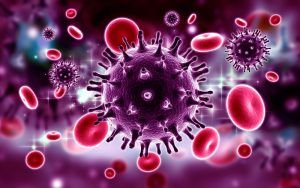 Treating the Rash Does Not Treat the Infection

It is important to understand that any rash associated with acquiring HIV is simply a symptom. Treating the rash does not treat the HIV.

In many cases, the rash will go away after two or three weeks, but you will still have the infection.

If you suspect you may have developed any type of infection associated with any rashes, consult a physician immediately.

Other Ways to Reduce Discomfort

Take these steps to reduce discomfort:

Because HIV rashes look similar to other types of rashes, contact your health care provider if you develop any unexplained rash. They can better determine the cause of your rash and how to treat it.

See your physician if: