CBD has been touted as a treatment for ED (erectile dysfunction). (Learn More) At the current time, there is not enough research to suggest that CBD can treat ED. (Learn More) Moreover, the side effects of using CBD (Learn More) and the dosage you should use are not well established. (Learn More)

Ultimately, it appears CBD may offer a potential treatment option for people who have erectile dysfunction. It does not yet have enough research to support its use for this purpose. (Learn More)

Is CBD Different from Marijuana?

CBD is the abbreviation for cannabidiol, one of the most prevalent active ingredients in the cannabis plant (marijuana).

CBD is an essential component of medical marijuana, but its status as a treatment for erectile dysfunction has not been thoroughly investigated in research studies.

According to the World Health Organization (WHO), CBD (unlike THC) does not produce significant psychoactive effects. As a result, it does not have an abuse potential.

It can be derived from cannabis products or hemp, a cousin of the marijuana plants. Its major use is in medical forms of marijuana.

Is CBD Legal in the United States? 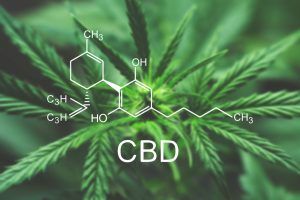 CBD products are marketed online and in many areas of the United States, but its legal status may be variable from state to state and even from locality to locality.

The federal government, under the Drug Enforcement Administration (DEA), still considers CBD products to be in the same classification as marijuana, a Schedule I (C I) controlled substance. This means that any amount of the substance is illegal to possess by private individuals, and the substance can only be possessed by organizations and individuals with special permission from the government (typically for research studies).

The position taken by the federal government appears to hinge on whether CBD is extracted from hemp or from cannabis (marijuana). However, given the trend in the country to legalize marijuana products for medicinal and even recreational use, it is almost assured that this status will change eventually.

Even though the federal government considers CBD illegal to possess, it rarely enforces its controlled substance status. In many states, people can obtain CBD products without medical marijuana licenses.

Recently, the Food and Drug Administration (FDA) approved Epidiolex, a cannabis-derived medicine that contains CBD, to treat seizure disorders, particularly seizures in children. Research studies found that CBD was able to control seizures even when other medications were not effective.

CBD may be a viable treatment for certain types of chronic pain, anxiety, and insomnia. However, more research is needed in these areas to get approval and to develop specific medications to address these conditions.

Medical marijuana supporters have touted CBD as a sort of cure-all for every possible condition; however, there is no such thing as a panacea. In the past, other drugs like cocaine, antidepressants, and even alcohol have been touted as solutions to all types of disorders.

Erectile dysfunction (ED) occurs as a result of several different medical conditions, and it can occur as a result of mental health disorders. Some of the causes of ED include:

Proponents of CBD for the treatment of ED suggest the following:

Is CBD a Viable Treatment for ED?

Although there are some anecdotal reports and even case-study reports of CBD being able to address erectile dysfunction in some people, there is very little published research that has been able to establish a connection between the use of CBD and its ability to address ED.

Anecdotal evidence for the use of CBD in the treatment of seizures existed before the FDA approved its use as a result of research studies confirming the anecdotal reports. Thus, it is clear that CBD may be a potential treatment for ED, but at the current time, it is not a viable treatment based on a lack of research study support.

Can CBD Be Harmful?

Although the proponents of CBD continue to state that it has no side effects, this is not true. The following are reported side effects of CBD:

People who take other medications, like Coumadin (a blood thinner), may experience rising levels of those medications in their blood when they take CBD. There are also concerns about CBD use in pregnant women, as it could potentially lead to developmental issues in fetuses.

Manufacturers of CBD, medical marijuana proponents, and others have criticized the notion that CBD produces any side effects, but these side effects appear to be the result of some of the research studies using CBD. There is no such thing as a chemical substance that does not produce side effects. It is essentially impossible to take any substance and only experience positive effects.

More information needs to be gathered until the effects of taking CBD are fully understood.

How Much CBD Should You Take?

One final precaution regarding the use of CBD is that doses have not yet been determined. Because of a lack of research evidence, there is no barometer to determine if taking high levels of CBD can be potentially dangerous or what the therapeutic levels are for different types of disorders.

Instead, anecdotal evidence is often used to develop controlled research studies that can investigate the advantages and disadvantages of using a medication to treat a condition.

At the current time, CBD appears to have potential to address erectile dysfunction, but it cannot be considered a viable treatment option for the issue.