Diet can have an impact on herpes, both good and bad.

Some people will find more benefit from a diet change than others. If your diet is already healthy or your herpes symptoms are especially severe, the impact of a diet change may be less noticeable. (Learn More)

Exactly how a diet will impact you will also vary. Generally speaking, a diet change is best combined with other lifestyle changes. The goal is to strengthen the immune system and avoid things that trigger herpes outbreaks. (Learn More)

While the evidence is mixed on the matter, foods high in lysine are argued to help combat herpes, counteracting the amino acid arginine in a lab setting.(Learn More) Foods high in arginine, such as chocolate, are shown to promote growth of HSV-1 and HSV-2, the viruses that cause herpes. (Learn More)

At the same time, some studies have shown that lysine may not help. Americans also tend towards high-lysine diets, which may mean additional lysine is not of further benefit. A healthy diet can still help the immune system, in turn boosting the body’s ability to fight herpes. (Learn More)

Overall, diet is not going to stop severe herpes symptoms. You also should not take huge amounts of lysine, as the evidence that it helps are mixed, and too much of a good thing can be bad in diet and medicine.

A healthy diet is beneficial overall. Combined with other lifestyle changes, it could potentially have a significant impact on your herpes symptoms. (Learn More)

There is obvious appeal to treating herpes with diet alone. Unlike medications, proper dieting has essentially no downsides beyond being unable to eat exactly what you might crave.

Dieting for the purposes of controlling herpes can have numerous upsides. Assuming you were not already eating especially healthy, such a diet change can help you gain control of your weight and improve your immune system.

It should be noted, however, that the primary treatment for herpes is antiviral medication. If your outbreaks are frequent and/or severe, you should see a doctor about your options.

This is not to say you should not monitor your diet in either case. Supplementing a medicinal treatment with a dietary one is a good idea.

Oral herpes and genital herpes are caused by a virus (usually HSV-1 or HSV-2). The virus is incurable, and its symptoms vary in severity. Lifestyle change alone will not help everyone.

How Strong Is the Effect of Diet on Herpes?

The exact effect of a diet built to combat herpes is difficult to determine, but it does appear to have at least some impact. At the same time, dieting is not going to cure your herpes. Again, herpes is incurable.

Dieting is best mixed with other lifestyle changes. Work with a doctor to identify possible triggers for your herpes outbreaks.

While a diet change on its own may not have a huge impact on your herpes symptoms, it can be part of a series of changes that culminate in a noticeable reduction in the severity and frequency of symptoms.

What Foods Are Good to Eat?

There is mixed evidence that foods rich in lysine can help to inhibit the herpes virus. Some common foods containing lysine include:

The supplement brewer’s yeast, a product produced through brewing beer, is also rich in lysine.

Additionally, lysine supplements can be purchased and taken if you do not receive enough through your diet.

While the evidence of whether lysine helps with herpes symptoms is mixed, it is clear that overall healthy eating can benefit the immune system. The stronger your immune system, the easier it is for your body to fight herpes outbreaks, cold sores, and other symptoms.

Diets rich in fruits and vegetables are recommended to boost your immune system. Such a diet will likely reduce the severity and length of your symptoms.

Supplementary vitamins can help in areas where you are not getting enough vitamins. Excessive doses of vitamins can be useless or even detrimental. More is not always better once you are taking your recommended doses.

What Foods Should Be Avoided? 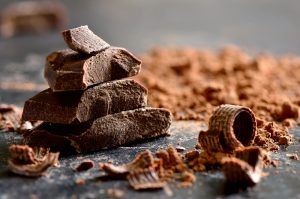 Arginine is an amino acid present in some foods that can actually worsen herpes. Some common foods with arginine include:

Regardless, arginine is best avoided if you struggle with herpes symptoms.

A 2015 analysis of several studies found that lysine appears to do little or nothing for cold sores. Additionally, there is inconsistent data on whether lysine helps with herpes outbreaks in other ways.

Notably, Americans tend to consume much more lysine than arginine already, which may skew studies toward more inconclusive results. Still, it is possible lysine does less than previously thought.

Slightly more clear is diet’s effect on the immune system. While some of the specifics are not yet fully understood, it has been proven that those in poverty and those who are known to be malnourished are more prone to infection. Eating nutritiously has been shown to help the elderly, who often have unvaried diets and weak immune systems.

Diet changes can have a major impact on the elderly and those with very poor diets, so it is important to fully understand the impact of such changes. If you are elderly and/or malnourished, discuss diet changes with a doctor.

While it is important to understand that diet is not a miracle cure for herpes, it does have the major advantage of no real side effects. Done properly, a nutritious diet can only do good, even if its impact on your herpes symptoms ends up being less than you hoped. It is also likely to reduce stress, a known trigger for herpes outbreaks.

Evidence on lysine addressing herpes symptoms is mixed enough that it should not be a major concern. Finding a way to fit it into your diet in a healthy way may still be advised.

Diet is best used as a supplemental treatment for herpes symptoms, combined with other lifestyle changes.

If your symptoms are still detrimental to your quality of life, talk to your doctor about antivirals. While not without side effects, the risks of taking them are manageable for most.

Genital Herpes. (September 2016). The American College of Obstetricians and Gynecologists.

Assessment of Dietary Intake of Lysine and Arginine in Patients With Herpes Simplex. (November 1987). Journal of American Dietetic Association.