Fibromyalgia is a disorder that causes widespread dull aching, fatigue, and thinking impairment.

While on the whole, fibromyalgia is poorly understood, doctors know that genetics, certain infections, and physical or emotional trauma can cause the condition to trigger or worsen. There is no cure for fibromyalgia, but lifestyle changes and some medications can help with symptoms. (Learn More)

There is some evidence that stimulants may be able to help with fibromyalgia symptoms. It is known that stimulants can lessen pain, and they are already widely used for fatigue. They are not a perfect solution, and they would likely be used with other treatments, but research into the validity of their use for fibromyalgia is warranted. (Learn More)

Fibromyalgia often co-occurs with ADHD. Stimulants are already frequently used to treat ADHD, meaning a statistically significant number of those with fibromyalgia are already on stimulants. This is noteworthy, and this pool of users should be studied further to see the effect of their ADHD medications on fibromyalgia symptoms. (Learn More)

Stimulants are not without downsides and risks. They can be taxing on the heart and trigger seizures in those already at risk. Many have some abuse risk, and they can be dangerous if taken with certain other drugs.

If you are taking a stimulant, familiarize yourself with their side effects and risks. Never take any drug to treat your fibromyalgia without first talking to a doctor. (Learn More)

Current research does not suggest stimulants are a perfect solution to fibromyalgia, but there is enough evidence that it could be helpful that more research should be done. As it stands, never taken a stimulant to treat fibromyalgia without first discussing it with your doctor, even if it becomes a more widely accepted treatment at a later date. (Learn More)

Fibromyalgia is a disorder categorized by widespread pain, fatigue, and cognitive difficulties. It can often be quite debilitating and has no cure, but there are a number of ways to gain better control over one’s symptoms and live a more fulfilling life with the condition.

Doctors do not yet fully understand fibromyalgia. A few factors are believed to work together to cause it, including:

This said, never take a medication except as prescribed by a doctor. If you’re curious about whether stimulants will help you, ask a professional. 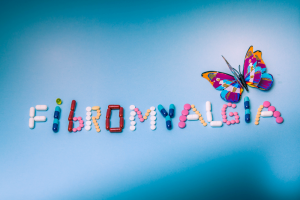 Fibromyalgia is a condition with a number of symptoms, but perhaps its most detrimental is the chronic pain it causes. This is relevant because a growing body of evidence suggests stimulants may be a good choice for many patients when it comes to treating severe pain.

Stimulants may additionally be able to help with fatigue, another symptom associated with fibromyalgia. The drugs can help someone stay aware, focus, and maintain their energy when used properly.

This does not mean stimulants are a perfect solution for all patients (discussed later), nor that they certainly are a good fit for fibromyalgia. More research is indeed needed but what information is available is admittedly promising.

Co-Occurrence of Fibromyalgia and ADHD

People with fibromyalgia seem to have a higher chance of developing ADHD than those without the condition. Although more research is needed, it may in some way be connected to fibromyalgia’s symptom of cognitive problems, also called dyscognition.

Some of the primary treatments for ADHD are stimulants (although not exclusively, as there are also several nonstimulant medications that are sometimes used). This means there is already a fairly large pool of fibromyalgia patients on stimulants like Adderall for their ADHD. 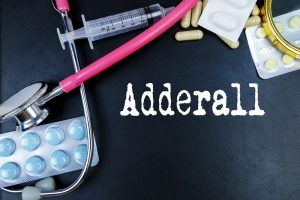 Downsides of Adderall and Other Stimulants

Stimulants are not without downsides. Adderall specifically can have the following side effects:

Many stimulants, Adderall included, also have the potential to be abused and get a user high. They should only be taken as prescribed, and never with other drugs (whether legally or illegally obtained) without first mentioning it to a doctor.

Again, many people who have both ADHD and fibromyalgia take stimulants already. Many of these people still struggle with pain, so it is reasonable to assume that stimulants will never be a singular solution to treating fibromyalgia. Instead, the use of stimulants alongside lifestyle changes and other medications as appropriate is the most likely path researchers will focus on.

Again, many people who have both ADHD and fibromyalgia take stimulants already. Many of these people still struggle with pain, so it is reasonable to assume that stimulants will never be a singular solution to treating fibromyalgia. Instead, the use of stimulants alongside lifestyle changes and other medications as appropriate is the most likely path researchers will focus on.