Codeine is an opioid pain medication. An opioid is sometimes called a narcotic. Codeine is used to treat mild to moderately severe pain. Codeine may also be used for purposes not listed in this medication guide.

The free Pharmacy Coupons Codeine Coupon and Discount Card can save you up to 75%* off your prescription prices. All you have to do is print the coupon and bring it to the pharmacy to receive the benefits of our drug discount program. This coupon is not insurance and is not valid in combination with any government-sponsored drug plans.

Average Savings:
75%* Off
How to use your Codeine Coupon:

Codeine is a narcotic, and as a narcotic drug, this means that it is highly addictive. Therefore, use of this pain medication should only be with a prescription, and for the treatment of a valid medical condition that does warrant its use for relief from pain. It should not be used without a prescription. Also, never use this medicine for longer than prescribed, because it is not recommended. Codeine can slow one's breathing, or stop it completely in some cases, if it is taken in larger than the normal amounts. Don't take codeine if you are allergic or are sensitive to it. It is also not recommended to use if one has an uncontrolled form of breathing problem, a bowel obstruction issue that is called paralytic ileus, or if you suffer regular attacks of asthma or hyperventilation.

Codeine is a pain medication and it is used primarily to relieve any pain that may range from being mild in nature to extremely severe. This medication is also used to suppress coughs as well. It is every inch a good and effective pain reliever, nonetheless, it is still highly addictive and can make someone become dependent on it very quick. Narcotics of this type have to be handled with great care and attention. Because an overdose of this medication can lead to death very easily. It is not advised to misuse a drug of this kind. Despite the fact that codeine is used to relieve pain. It can also be used for numerous other purposes that aren't listed here.

The dosage of this narcotic is something that is issued under the supervision and care of a doctor for a patient. However, before a patient is issued this medication, he or she should make sure it is safe for them to take. So, with this said, if you have liver disease, asthma, COPD, sleep apnea, other breathing disorders, low blood pressure, kidney disease, and an under active thyroid. You should talk to your doctor first before getting this medication prescribed. When you do take this prescription. Do make sure to follow the directions on the label to the letter. This drug should never be over-used as it can lead to loss of breathing and even death. Codeine can indeed become a drug of abuse and a person should not let anyone use their prescription either.

Codeine can have side effects just like any other drug. This is why it is crucial to know what some of the side effects are in advance of taking it as a prescription. Because knowledge is power and it safeguards one's health overall. Consult with your doctor if you experience any of the following side effects:

Codeine is a narcotic drug that can very well interact with other medications. Therefore, it is highly important to know of these interactions, ahead of trying this medicine for a prescription. Some of the medications that codeine can interact with, in not so good away, are no other than these. These are not the entire list of known or common interactions.

Codeine abuse is a major concern as it can become a habit-forming drug. You must not take a larger dose, take it more often, or take it for a longer period of time than what was prescribed by your doctor. Misusing or abusing Codeine can cause addiction, overdose, or death in a short amount of time. Codeine comes in tablet, oral syrup, tablet, and extended release forms. It is a controlled substance as it is a moderately strong narcotic drug. In small quantities, codeine is converted to morphine in the body, which dulls the feelings of pain in the body. The effects of codeine are short in duration. The usual dosage for Codeine is 15-60 mg every 4-6 hours as needed. When taking codeine, it is important to avoid driving or operating machinery, as it might amplify the side effects of this medication. Evidence of dependence with this drug may result in Codeine abuse and/or addiction. Often, patients are prescribed Codeine for a cough reliever, pain, or for post-operative pain. Patients may develop a higher tolerance for Codeine and require larger doses of the drug to maintain the euphoric effects that Codeine generates. Abuse and addiction of drugs, even medicated ones can lead to weakened social support, increase of medical issues and difficulty sustaining social relationships and ability to concentrate at work or school. Codeine abuse may also be evident if the patient is going through their recommended dosage too quickly. Codeine abuse may also be obvious if one begins doctor shopping, has an inability to focus on simple tasks, reports lost prescriptions. Codeine abuse may also be noticeable in behavioural manners such as seclusion, lying, or stealing. Codeine abuse may be used as a coping mechanism as a way to deal with emotional stresses that occur in a person's live. In some instance, an individual abusing codeine might also be engaging in substance abuse. Individuals may be engaging in increasingly destructive behavior. Examples include taking codeine with stimulants like cocaine or methamphetamines in order to reduce the unwanted side-effects of the medication. In some instances, individuals may start to seek out more powerful narcotics such as heroin to achieve greater feelings of well-being. This can lead to considerable health risks including respiratory depression and coma. It's important for the physical and mental health of the patient to ensure that he or she is taking the prescribed dose as needed. Codeine abuse may slow down breathing, bring on nausea, vomiting, difficulty breathing, and increase drowsiness. In some instances, individuals may experience blurry visions. Those who are heavy users of this medication may experience seizures. Women who are pregnant, planning to become pregnant or breastfeeding should notify their doctor before taking this medication as codeine may harm the developing fetus. Patients taking Codeine should avoid taking sleeping pills, narcotic pain medicine, muscle relaxer or medicine to treat seizures, and mood disorders. 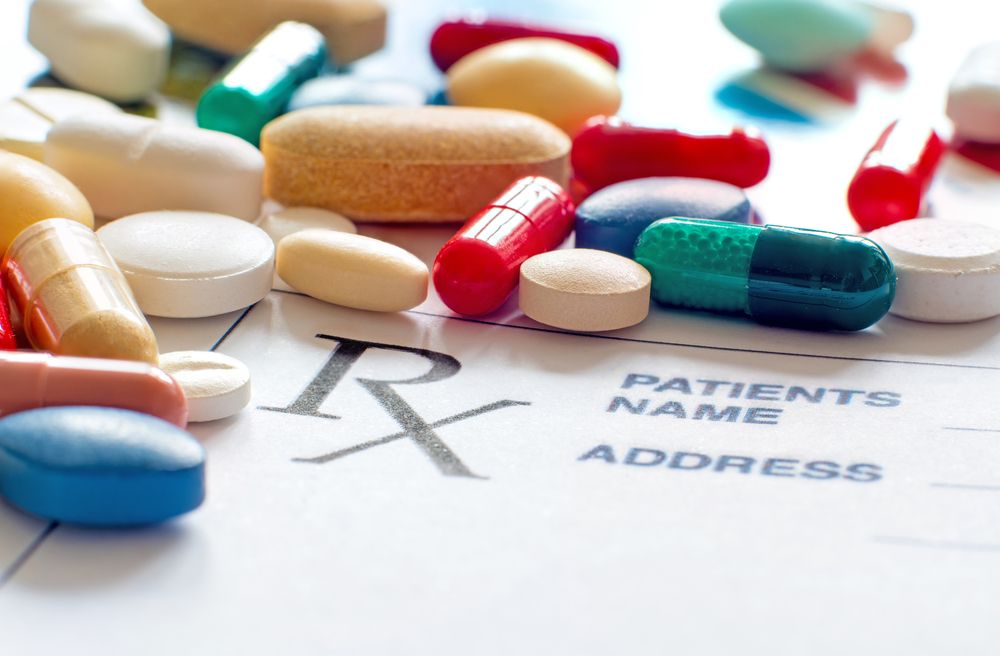 Getting a Prescription Without a Doctor (A Guide)

About half of all Americans take one prescription medication each and every day. Short doctor visits, savvy pill marketing, and habit convince us that every doctor's appointment sh... 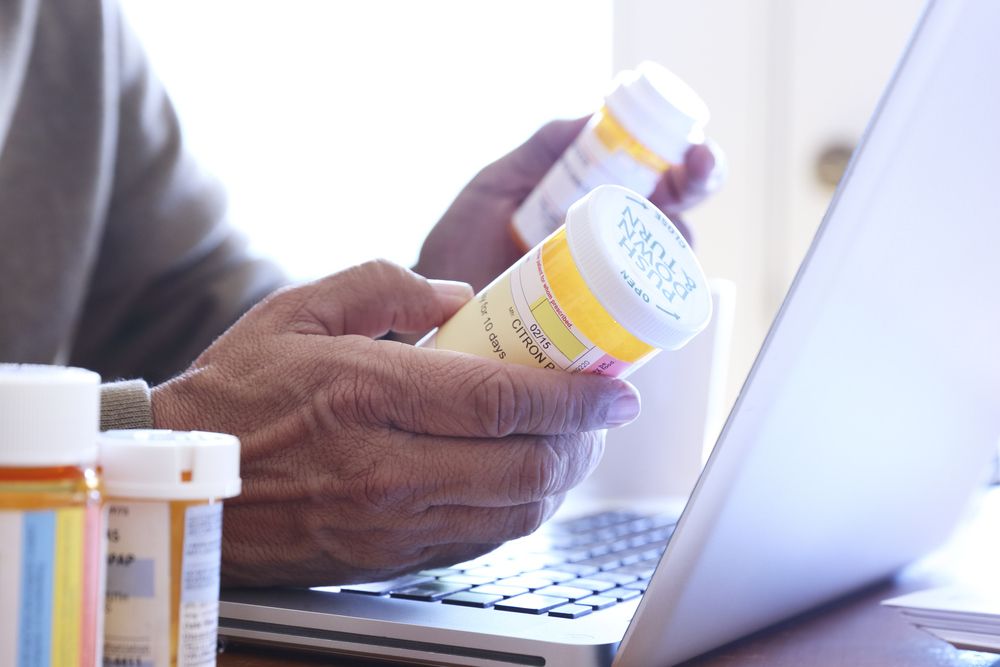 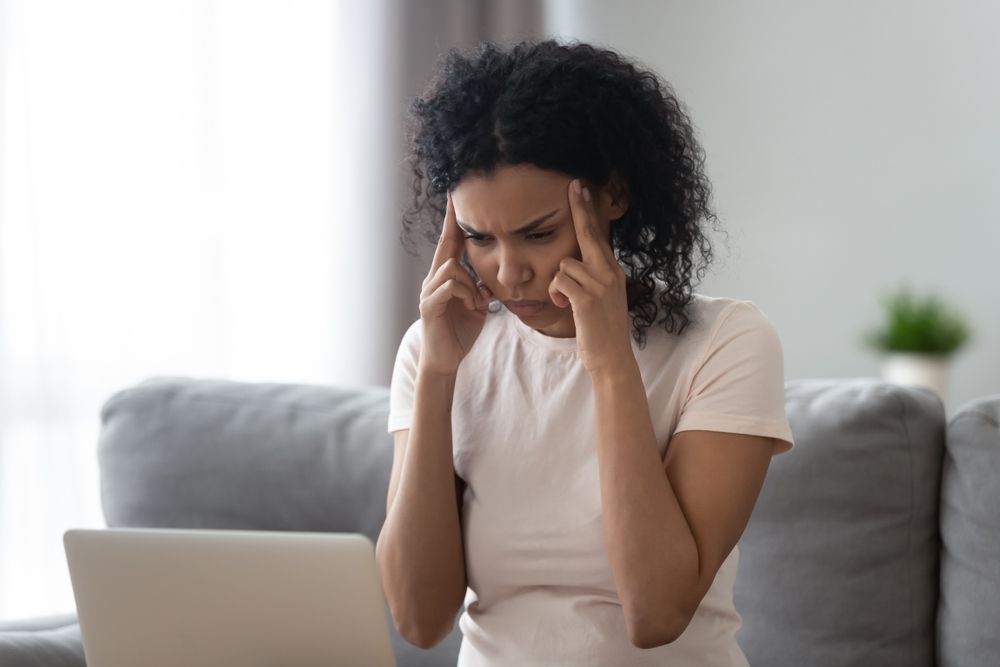