Atrovent Hfa is a bronchodilator that relaxes muscles in the airways and increases the flow of air to the lungs. It is used to prevent bronchospasm or narrowing of the airways in the lungs in people with emphysema, bronchitis and chronic obstructive pulmonary disease abbreviated as (COPD).

The active ingredient of Atrovent Hfa - ipratropium bromide - is an anticholinergic drug. Acetylcholine is, in contrast, a cholinergic agent, being responsible for muscle contraction and spasm. Atrovent Hfa blocks the effects of acetylcholine, thereby reducing these spasms.

Atrovent Hfa is only available via the inhalational route. It has a short half-life of 2 hours, meaning 75 percent of the drug has left the body after 4 hours. Common side effects with Atrovent Hfa include cold-like symptoms, nausea, constipation, dry mouth, and headache. 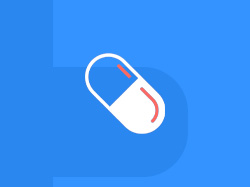 Atrovent hfa Discount Coupon - Save Up To 75%* Off!

The free Pharmacy Coupons Atrovent hfa Coupon and Discount Card can save you up to 75%* off your prescription prices. All you have to do is print the coupon and bring it to the pharmacy to receive the benefits of our drug discount program. This coupon is not insurance and is not valid in combination with any government-sponsored drug plans.

Average Savings:
75%* Off
How to use your Atrovent hfa Coupon:

Atrovent Hfa is a bronchodilator that relaxes muscles in the airways and increases the flow of air to the lungs. It is used to prevent bronchospasm or narrowing of the airways in the lungs in people with emphysema, bronchitis and chronic obstructive pulmonary disease abbreviated as (COPD).

Atrovent Hfa is used to control and prevent wheezing and shortness of breath caused by ongoing lung disease, such as COPD, which includes bronchitis. It works by relaxing the muscles around the airways so that they open up and you can breathe more easily. It can also be used to prevent Asthma, although this usage is not listed in the approved professional labeling for the drug, but it may be prescribed by your health practitioner.

Below you will find the different uses for Atrovent Hfa:

Atrovent Hfa dosage is dependent on the individual that it is being administered to. The following dosage is an average dose and could differ among individuals. Do not take a larger dose or more frequent doses without approval from your doctor. Follow your medical professional's directions carefully for best results.

Atrovent Hfa, like any other drug, comes with its collection of side effects that vary with each individual who uses it. When you first begin taking Atrovent Hfa, watch yourself carefully for any worrying reactions. If you experience any severe side effects, consult with your doctor or medical professional immediately. Below is a list of known side effects. Note that this list is not complete.

Below you will find a list of drugs and substances that interact with Atrovent Hfa. As with all drugs, before taking Atrovent Hfa, you should make your doctor aware of any medications you may be taking, including prescription and over-the-counter drugs, as well as supplements and herbal remedies. Do not let anyone else take your medication, and consult your physician before taking any new medication. Note that this list is not complete.