A psychotropic drug is a drug that alters how you think, feel, or behave. (Learn More – What Is a Psychotropic Drug?)

These medications are typically used to treat various forms of mental illness or psychological disorders. (Learn More – Why Are Psychotropic Drugs Prescribed?)

These medications can be used for other reasons as well. For depression, they typically work best when combined with therapy. (Learn More – The Use of Antidepressants)

Antipsychotic medications are used to address issues that produce psychosis or a loss of the perception of reality. (Learn More – Antipsychotics)

Anxiolytic and hypnotic medications can be used to treat anxiety, insomnia, seizures, or even withdrawal. (Learn More – Anxiolytic and Hypnotic Medications)

Stimulants can be used to address a variety of issues, including problems with attention, hyperactivity, and the ability to focus. (Learn More – Stimulants)

In order to use psychotropic medications correctly, be honest with your prescribing physician. Contact them immediately if you experience any issues. (Learn More – Understanding the Correct Use of Psychotropic Medications)

What Is a Psychotropic Drug?

Psychotropic drugs (also referred to as psychoactive drugs or psychopharmaceutical drugs) are medications that alter your brain functioning and affect your behavior, cognition (thinking), consciousness, mood, or perception.

Psychotropic drugs can be used for medicinal purposes, although they are also often used for recreational, spiritual, or religious purposes. We will be focusing on psychotropic drugs that are designed to address certain types of mental health disorders.

Why Are Psychotropic Drugs Prescribed?

Psychotropic medications are prescribed for people who have various forms of mental illness or psychological disorders, including depression, mood swings, anxiety, and psychosis (a loss of connection with reality).

Research studies indicate that the most productive combination of treatment for nearly every form of mental health disorder is a combination of psychotropic medication and psychotherapy.

These classes of psychotropic drugs are designed to treat specific categories of psychological disorders (mental illnesses):

Other drugs like alcohol, caffeine, and nicotine, as well as illicit drugs like heroin, may have psychotropic effects. However, these substances are not prescribed to address different forms of mental illness.

Antidepressant medications are specifically designed to treat depression. They can also be useful for addressing other issues, including certain types of pain and insomnia. They can even help control anxiety.

There are several different classes of antidepressant medications that are organized based on their intended effects, i.e. the types of neurotransmitters or neurochemicals that they affect.

The Use of Antidepressants

Newer classes of drugs that work on norepinephrine, or a combination of serotonin and norepinephrine, are becoming more popular. Different people generally respond better to some medications than others.

Nonetheless, research studies and reviews indicate that the different groups of antidepressant medications are equally effective at addressing depressive symptoms. Many times, physicians must find the right antidepressant for the specific person. 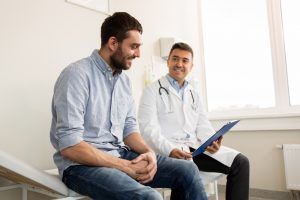 Before taking an antidepressant, it’s important to understand:

Antipsychotic medications are used to manage psychosis, which is a mental condition that affects your thinking and can result in you losing contact with reality. People with different forms of psychosis may have hallucinations (seeing or hearing things that are not there), delusions (fixed and false beliefs), or other emotional issues. Psychosis can be a symptom of a physical problem or a form of mental illness, such as schizophrenia.

Antipsychotics are sometimes used to treat bipolar disorder, the mental changes that occur with dementia or delirium, and severe issues occurring with anxiety, depression, or other psychiatric conditions.

Older (first-generation) antipsychotics are referred to as typical antipsychotics, and they primarily affect the neurotransmitter dopamine. These drugs include Thorazine (chlorpromazine) and Haldol (haloperidol). These drugs have the potential to create serious side effects, including inducing a state that is similar to Parkinson’s disease or tardive dyskinesia, where people experience uncontrollable movements in their lips, tongue, and other parts of the face.

Newer antidepressant medications (atypical antipsychotics) work on dopamine and other neurotransmitters like serotonin. They include drugs like Risperdal (risperidone), Zyprexa (olanzapine), Abilify (aripiprazole) and many others.

These medications can address a broader spectrum of symptoms, including agitation, hallucinations, and delusions that occur in serious disorders like schizophrenia, bipolar disorder, and depression or personality disorders.

Anxiolytic or anti-anxiety medications and hypnotics (sleep-producing drugs that include mild sedatives) are designed to slow down your system and reduce anxiety. They also help people sleep, and they can even be used to address seizures or help with withdrawal from alcohol or other drugs.

The most commonly prescribed drugs in this group include anti-anxiety medications known as benzodiazepines, like Xanax (alprazolam), Valium (diazepam), and Klonopin (clonazepam). Barbiturates, another group of similar medications that includes phenobarbital and Seconal (secobarbital), are not as popular as they once were due to their increased potential for abuse.

Hypnotic or sedative medications are primarily designed to help individuals relax and sleep. They can be used to treat insomnia associated with other medical conditions or primary insomnia that may have no identifiable cause. This group of drugs includes medications like Ambien (zolpidem).

Benzodiazepines, sedatives, and hypnotics are often abused with other substances like alcohol. This can lead to fatal overdose.

These drugs should only be used when prescribed by a physician. They can produce side effects, such as nausea, increased anxiety, weight gain, and depression.

Mood stabilizers are primarily designed to address issues with bipolar disorder or mood swings that occur in other types of mental health disorders. They can also increase the effects of medications that treat severe depression. 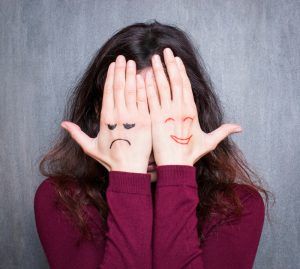 Lithium is one of the most effective mood stabilizers. It is approved to treat manic phases of bipolar disorder. Other medications used to address mania and mood swings include certain types of antiseizure medications like valproic acid, Lamictal (lamotrigine), Tegretol (carbamazepine), or Trileptal (oxcarbazepine).

These medications reduce activity in the brain and address manic-like behavior, psychosis, and other related issues, such as the inability to control impulses. In addition to bipolar disorder, they can be used to treat depression, psychosis, eating disorders, and personality disorders.

Depending on the specific medication, they may produce side effects that can include tremors, slurred speech, itching, or nausea and vomiting.

Stimulants increase the activity of nerves in the central nervous system.

Stimulants like Ritalin (methylphenidate) and Adderall (dextroamphetamine and amphetamine) can treat attention deficit hyperactivity disorder (ADHD). Stimulants can also be used to treat severe lethargy, energy loss, and other issues that occur in other disorders like depression or psychosis.

When taken as directed, prescription stimulants have a calming or focusing effect on people who are diagnosed with ADHD. They can provide energy to people who are severely depressed. They are not likely to be abused by people who have a legitimate prescription, but they may produce some mild physical dependence that can be addressed if the person needs to discontinue them.

They have some potential side effects that can include appetite loss, weight loss, and insomnia.

Understanding the Correct Use of Psychotropic Medications

Before you are prescribed any psychotropic medication, you should always make sure that:

Psychotropic medications are not designed to work immediately. In most cases, it may take several weeks before you feel their full effects.

Again, everyone responds differently to medications, so it may take a while before you find the right medication for you. Once you begin taking a psychotropic medication, stay in contact with your physician or psychiatrist to confirm the medication is working as intended.

In addition to using psychotropic medications, consider getting therapy to address your issues. Medication should rarely be used alone to address a mental health disorder.

Comparative Efficacy and Acceptability of 21 Antidepressant Drugs for the Acute Treatment of Adults With Major Depressive Disorder: A Systematic Review and Network Meta-Analysis. (February 2018). The Lancet.